I had just driven back to KwaMbili after my leave and, as soon as I was settled in, made my way to the hide to immerse in nature again. From the hide we heard vocalisation of leopards mating and were over the moon. We notified those out on game drive and, as you can imagine, many showed interest. We could just see the leopards from the comfort of the hide – but one always wants to see them up close, so we waited patiently for all the interested game drives to take their turn before we took a drive closer.

We were greeted to the ever-majestic dominant male called Malewane, and I was very surprised to see that he was mating with the Makeppies female, a female with territory in the north-western part of the reserve and a leopard we don’t see too often – so it was great to see her. It is at moments like these that you really have to pinch yourself and look around. And these leopards really put on a show for us. They mated a couple of times and on one occasion the female actually swatted Malewane with her paw. It is awesome to share space with these big cats, especially during mating. After this magical sighting I knew that this was going to be a very good work cycle, and this was borne out when both Malewane and the Makeppies female later came and lay right in front of the hide. An epic afternoon and the best welcome back to the bush! 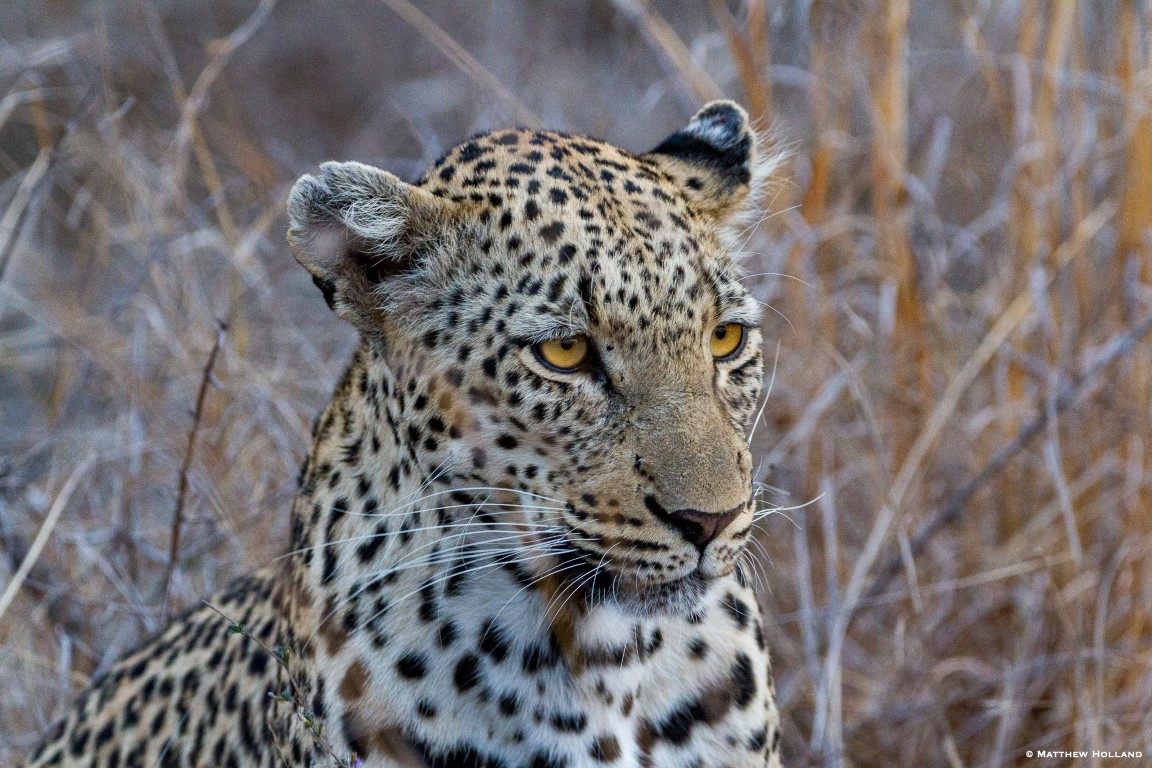