I’ve always had a keen interest in birding, but my passion for the hobby has grown immensely over the past year or so. Working in the Lowveld is truly a bonus when it comes to birding – being treated to an array of birdlife on a daily basis is something to be cherished.

I was with another guide, a good friend, when we were treated to something of an uncommon sighting that – believe it or not – involved birds! Hearing the harsh, nasal “skwee-kwee-kwee” notes of a Southern White-Crowned Shrike zooming past our vehicle led us to stop and observe the peculiar behaviour unfolding. We had front row seats to observe the bird in action and being shaded by a knobthorn tree was ideal. What we didn’t notice at first was that there was a perfectly constructed cup-shaped structure on one of the knobthorn’s appendages right above our heads, with peculiar sounds and two small, head-like structures appearing slowly from this architectural masterpiece. We realized that this was in fact a nest housing two minute Southern-White Crowned Shrike fledglings. And once we grasped the situation, it became clear why the adult bird was not too happy about our presence near the nest, viewing us as some sort of potential threat.

We immediately started the engine and reversed to a more suitable distance so the adult felt comfortable with our presence. Moments after repositioning, the adult left its perch and flew to the nest. On arrival, the fledglings were treated to a fresh katydid (bush cricket) meal which seemed to satisfy their hunger. We feel privileged to have been able to witness a sighting as special as this and are eager to follow the progress of these offspring throughout their development to adulthood.

Southern White-Crowned Shrikes are cooperative breeders, characterized by alloparental care. The fledglings receive care not only from their parents, but also from additional group members. The nest is built by the alpha male and female, who both bring nest material, assisted by an additional one or two group members. A neat, circular, compact, thick-walled cup of fine, shredded grass, sometimes lined with finer grass and feathers, bound into position on branches with spider webs is characteristic of a Southern White-Crowned Shrike’s nest. 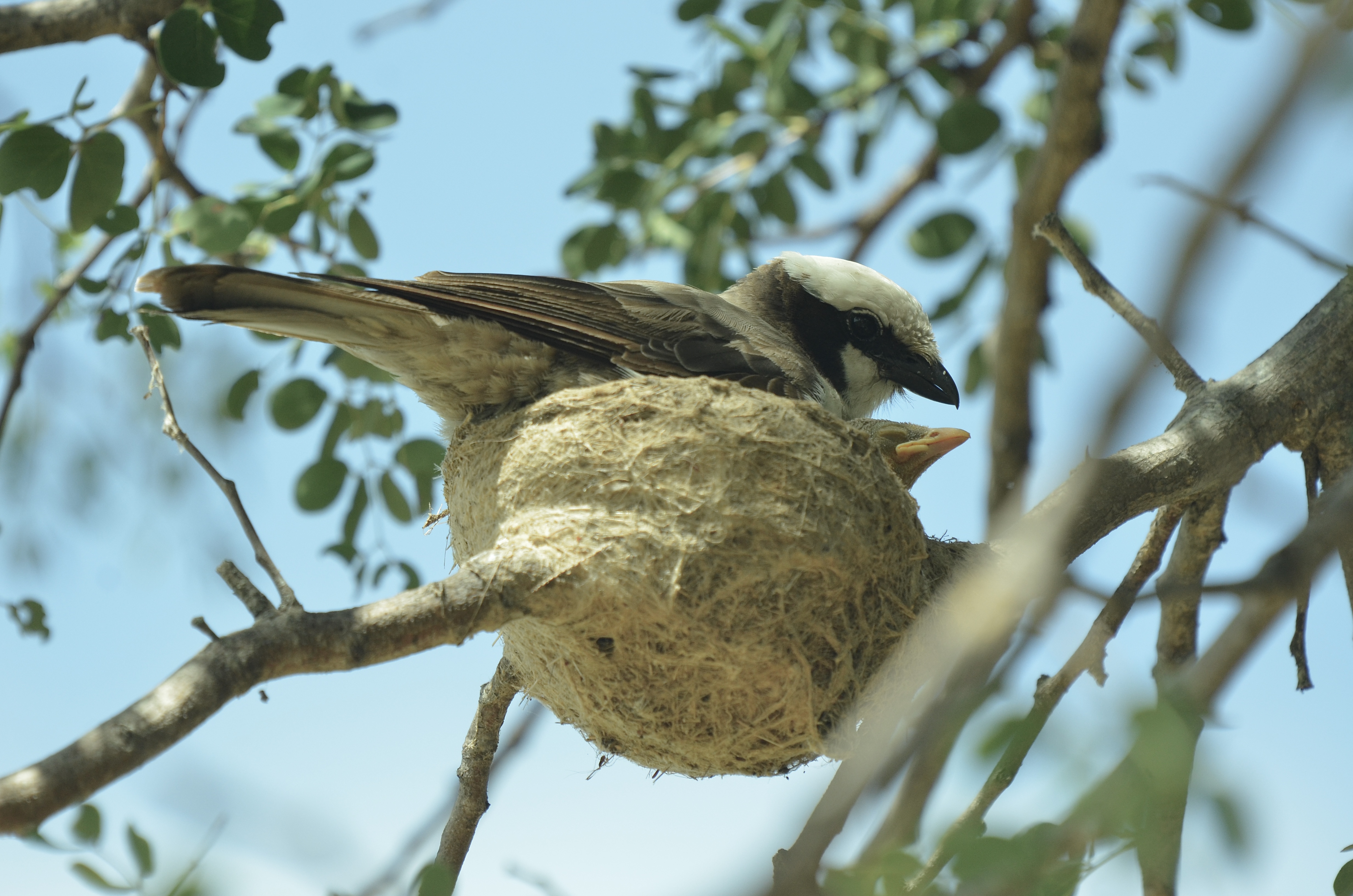 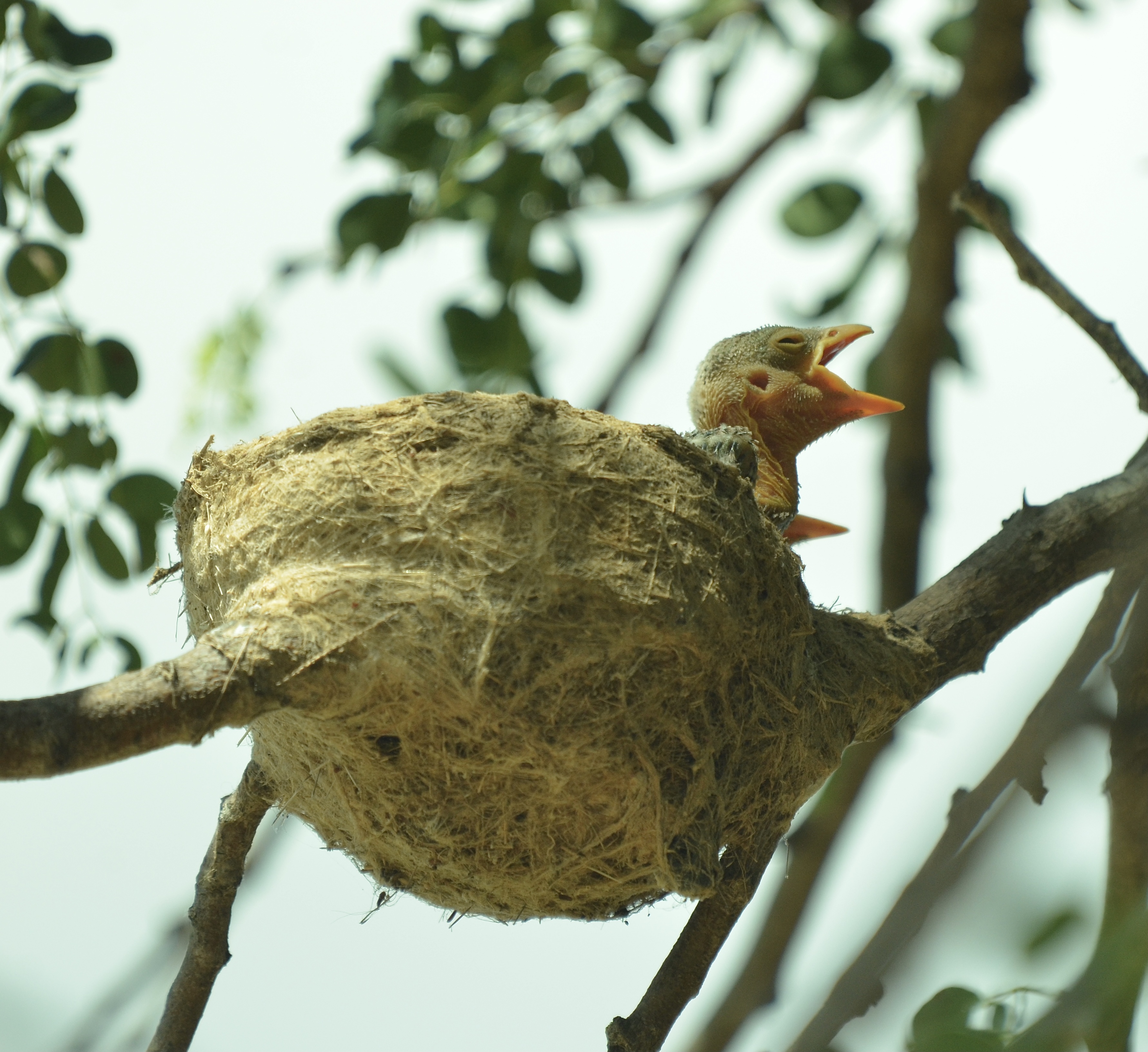