Patrolling the skies, undeterred, with a swagger and an attitude like that of a mob boss, warrants this bird the title I like to give them, “the hoodlum of the sky”. This is the Dark Chanting Goshawk. It dawned on me the other day when viewing this bird what an overwhelmingly assertive presence it exudes, its upright proud posture, its no-nonsense stare and the all-round self-confidence it possesses. All of these come with good reason when we look further into the nature of this bird.

Dark Chanting Goshawks not only possess powerful talons and incredible flying speeds, but also an intelligence more than most other birds. This is seen in the unique relationship they have formed with Honeybadgers, where they will actually follow the Honeybadger around from a distance, waiting for smaller animals to be disturbed by the Honeybadger’s passage before swooping down to seize their quarry. Just like a gangster in a mob film!

Identified by their dark-tinted feathers and bright orange legs and bill, the Dark Chanting Goshawk is also what’s known as a terrestrial nester – the female will aggressively guard her young while the male heads out to hunt and provide food. As the common name suggests, this is also a vocal raptor: mainly during the breeding season it will give off a ghostly chant with up to a dozen notes in a series “peeu-peeu-pu-pu-pu”. This makes sense when you consider the genus to which it belongs, “Melierax” originating from the Greek words melos, meaning “song” and hierax, meaning “hawk”. Not only will these birds eat reptiles, including snakes (such as the Olive Grass Snake in the accompanying image), and small rodents but they will also catch and consume their speciality… other birds!!

Their largest recorded prey was a Helmeted Guineafowl. They differ from their cousins in the west, the Pale Chanting Goshawk, by being darker in colour and preferring the richer moist woodland to hide and pursue their sinister lifestyle. At KwaMbili we are lucky to fit their niche vegetation requirements perfectly and we get regular fantastic sightings of these “hoodlums of the sky”. 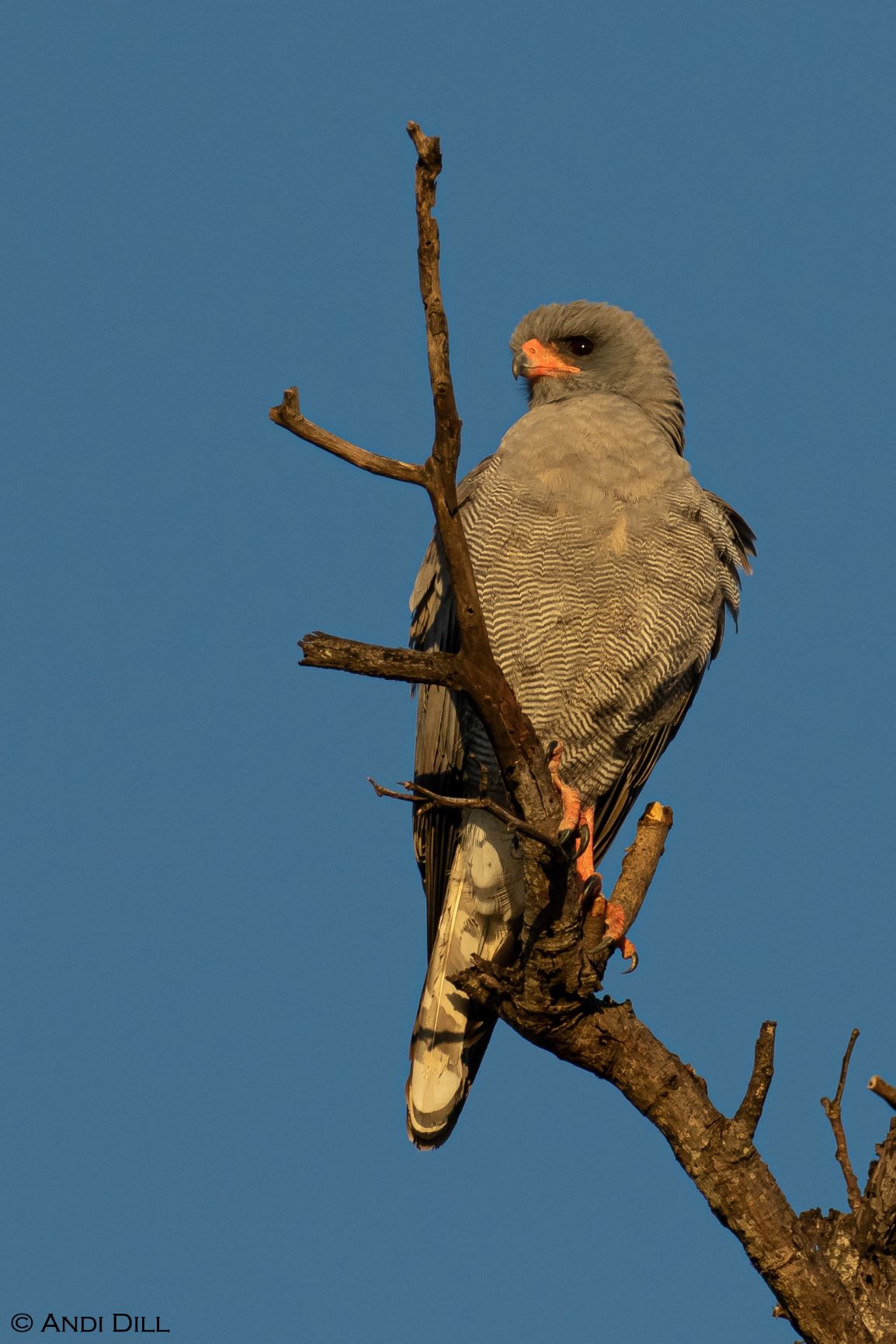 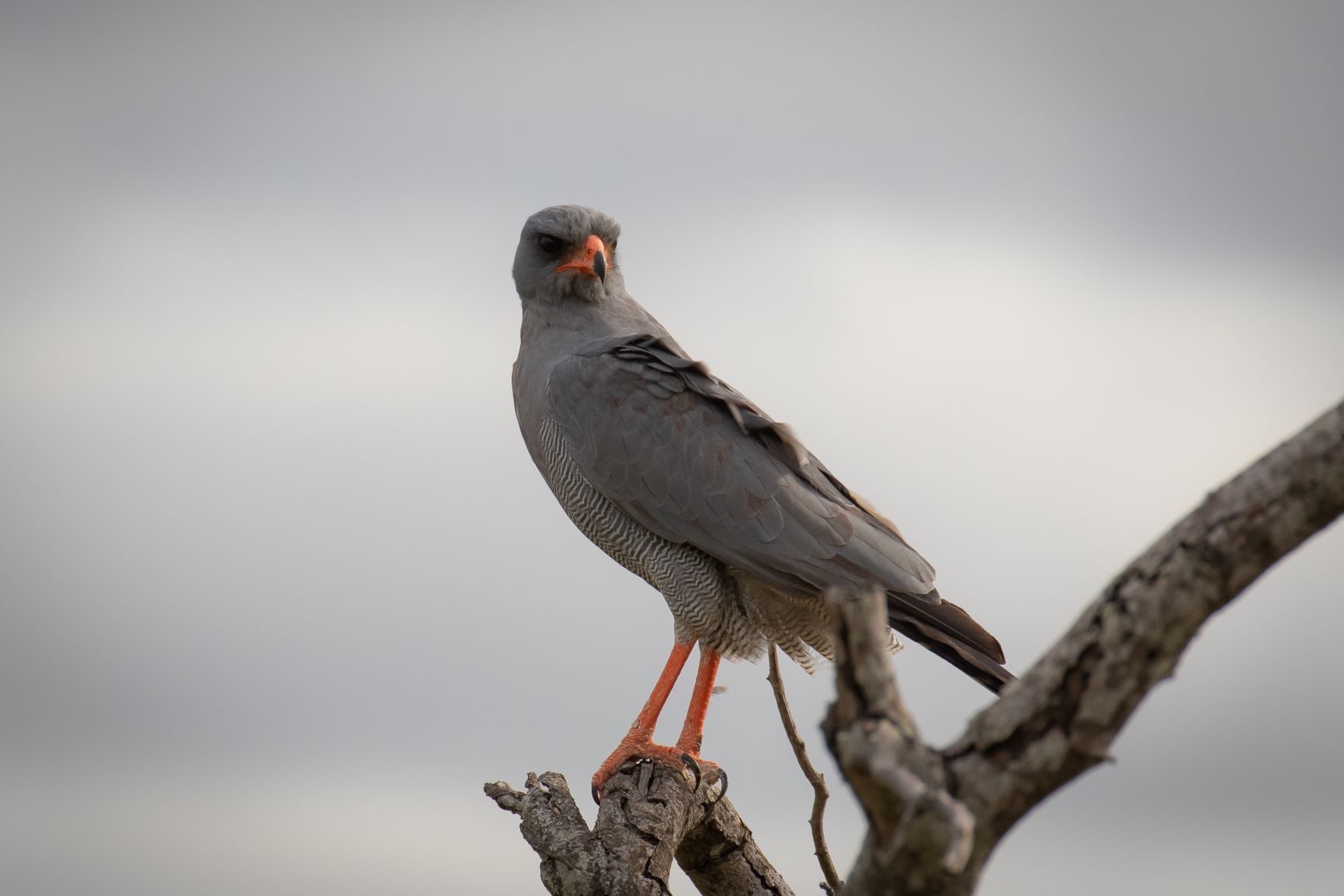 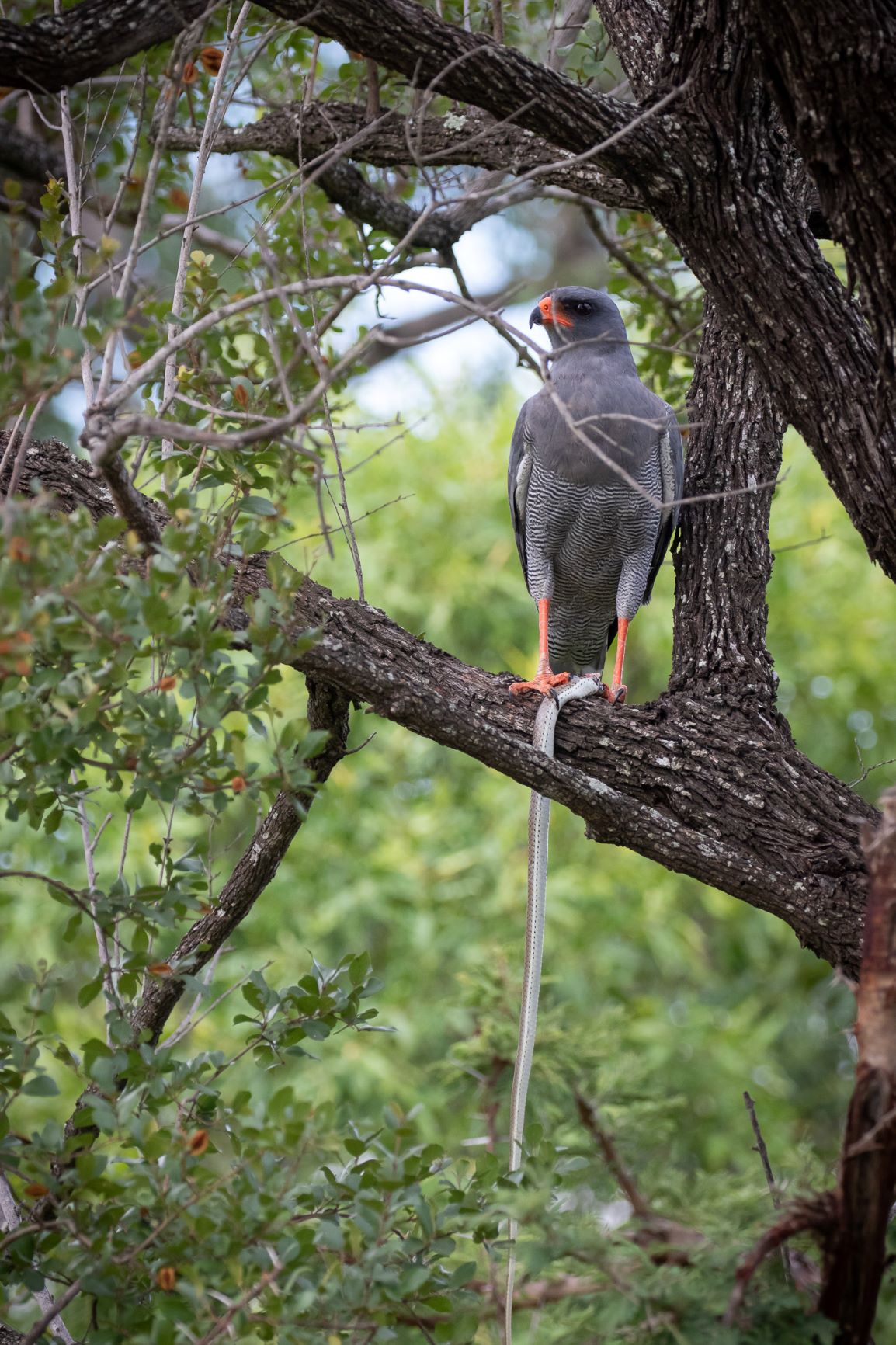