One early spring morning we headed out with our guests on game drive with the goal of finding either a lion or a leopard. This having been said, both are quite hard to locate if you have no evidence to follow. But we were up for the challenge and headed out with the sun on our backs and the birds in full song. It was going to be a good day…

We decided to start in the western part of the reserve and make our way back east and hopefully pick up on tracks that were fresh enough to follow. Instead a call came in on the radio that a young male lion had been found in the western part of the reserve. For us as ranger and tracker it was great news that there was a new male around, obviously hiding out in the western parts so as not to run into Mapoza, the dominant male in our area. We responded to the call and were treated to an awesome sighting of this male lion in all his majesty, lying on a termite mound in a near-perfect golden light. Our guests were over the moon with this sighting, and so were we because we know that this male just may one day become the regal king of Thornybush if he were to drive Mapoza out. And he is absolutely gorgeous!

It was a pleasure seeing him and we hope to see him around for many years to come. The morning just continued to get better with us seeing four of the Big 5 (missed out on that elusive spotted cat…). All in all, the guests were smiling and so were we – a fantastic morning out! 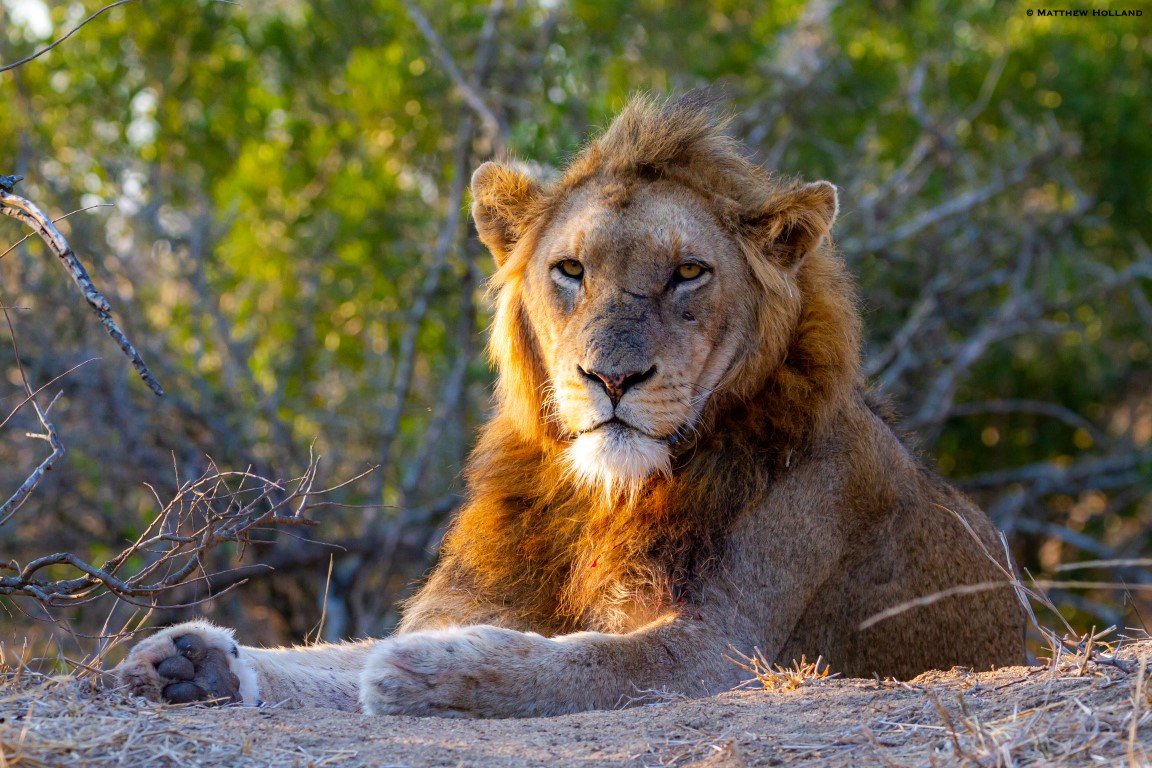