It was an incredible misty spring morning and, after grabbing an early coffee, my guests and I decided to set out for the quiet northern region of the reserve to see what we could find. Whilst making our way north and up the crest, we were greeted with the most incredible scene – the golden early morning light glistening off the wet mist-filled air and the extraordinary silhouette of all the colossal Marula trees in the area. I knew this would be a good morning…

It wasn’t long before we found a fresh set of male leopard tracks. Excited, we accepted the challenge laid out by this individual for us to “come and find him”. After driving a few loops of the adjacent roads we managed to pick up the leopard’s general bearing. My tracker and I then followed the tracks on foot. Keeping in mind one of the ten rules of tracking is to “stay on the trail”, we followed for a while and nailed down the game path that this animal walked down only moments earlier. While I went back to the vehicle to take our guests to locate a few elephants that we had heard nearby, our tracker carried on with one of the most enthralling games of hide-and-seek you can imagine. In parting, I reminded him of two of the other rules of tracking – “become part of the landscape” and “follow the most obvious route” as often with tracking it’s easy to overthink the route the animal might have taken.

About 40 minutes passed while we had a great experience watching two bull elephants feeding, when my tracker called on the radio with the simple words “I found him”. Filled with anticipation, the guests and I immediately drove over to fetch our tracker, who had by now made his way back to a nearby road. We followed his lead to where the leopard was lying. It was Malewane, the massive dominant male of the reserve. He got up and made his way to one of the nearby dams for a drink and we ended up spending a good hour with him, uninterrupted. This truly was one of the most rewarding mornings for both my tracker and me, and emphasized how important the team-work is between ranger and tracker. Out here in the bush we are far more than just colleagues – we are family. 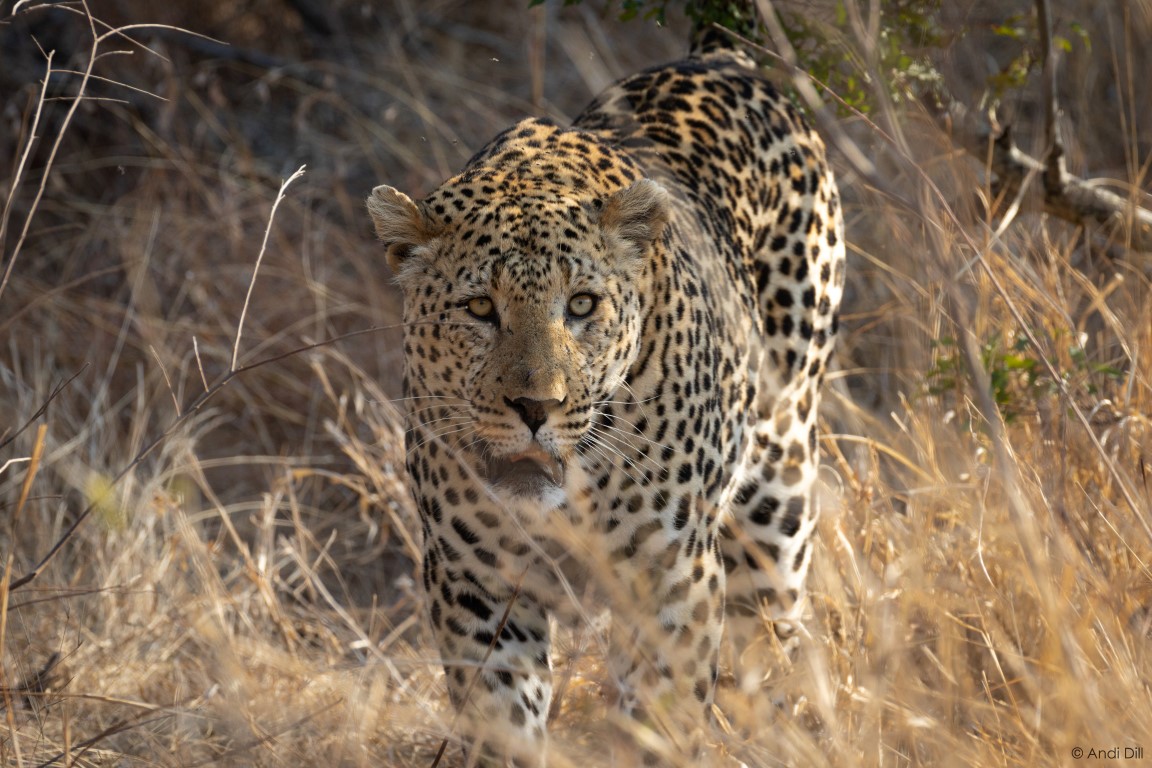