This morning we set out on drive, not aware of what was about to take place in the next hour. It was a very cold and windy morning, with a slight drizzle. My tracker and I decided to head south to check around the dams and follow up on the lions that were seen at the dams the previous night. As we got to one of the dams, we picked up on fresh lion spoor and began to follow.

We followed the tracks in circles and eventually we found the lions. As we approached them, we saw that they were busy hunting zebra and impala. All of a sudden, a lioness I hadn’t even seen emerged hanging on to a zebra’s back and the other two lionesses gave chase to help their fellow pride member. The zebra managed to get away but the lions were not finished. They spotted a giraffe with two calves further up the road and the hunt was on.

There was a bolster in the road that the lions used for cover to get extremely close to the giraffe. When they felt they were close enough, they gave chase and pursued a giraffe calf into a nearby donga, where they managed to bring it down before our very eyes. We went around to the other side to get a closer look. When we got there the giraffe was still alive, with a lioness strangling it to death. Two of the lionesses then left the giraffe kill to go and fetch the rest of the pride – something that proved to be a mistake.

As they disappeared, a swarm of hyenas came in and chased the lone lioness off the kill and up into a nearby tree, from where the lioness could only look on while the hyenas took over the kill. And, while all of this commotion was taking place, a badly injured impala, which we believe had just escaped from wild dogs (they too weren’t too far away!) came running straight into the hyenas, which then forgot about the giraffe kill for a moment and killed the impala a mere 15 metres away from the giraffe.

An absolutely crazy morning that I will never forget! 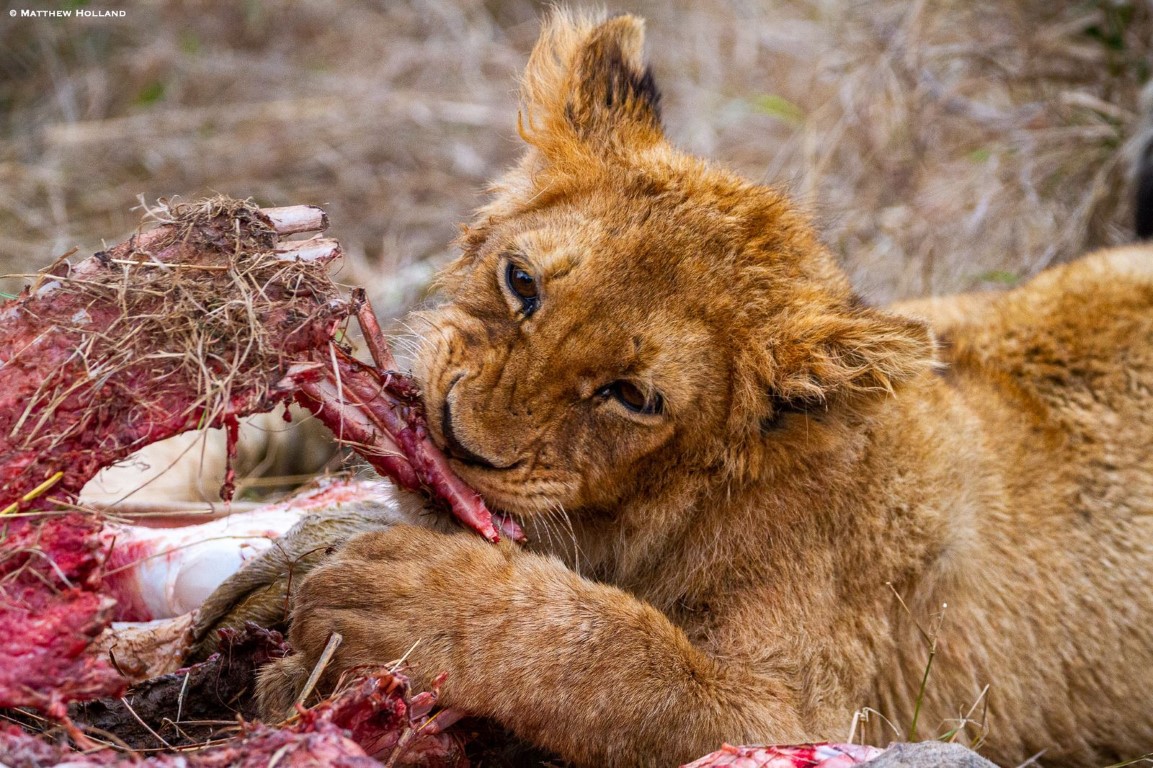