Recently we were entertained by something rather unique and fascinating, literally a clash of the giants. It all took place on a hot summer’s afternoon at one of our dams affectionately named Klein Kariba (KK). Upon arriving we noticed a male hippo out of the water on the northern side of the dam. This in itself rang alarm bells on such a hot day, since hippos are usually in the water and inactive during the heat of the day. “What is he doing out of the water?” asked one of the guests, and we immediately made our way closer to investigate. Upon getting closer, we noticed that the whole pod of hippo’s were staring at this terrestrial male from the shallows. It then became clear that this individual was not actually part of the pod we know and love but rather a nomadic male looking for a new territory. The intruder then bravely made his way into the water, and chaos ensued.

The exceptionally large and dominant male of the KK hippo pod immediately came to the forefront, taking on this intruder head-on with jaws wide open displaying his tusk-like canines and knife-like incisors to warn him and assert his dominance. In the scenes that followed what became fascinatingly apparent was that there was in actual fact very little physical contact between these two gladiators of the water, with the resident male opening his massive jaw and in response the now clearly intimidated intruder “throwing” water at his opponent. This to- and froing continued for several minutes before the intruder exited the water, fully aware that he was no match for his substantially larger opponent, and moved off into the dense bush in search of a new home.

Another great example of how in the wild survival is everything. It was amazing to get the chance to watch this play out and see hippo’s being this active – these incredible creatures usually live a very sedentary life in the water due to their slow foregut digestive system. But don’t underestimate the force and power they possess – a hippo is an extremely dangerous, aggressive animal by nature. 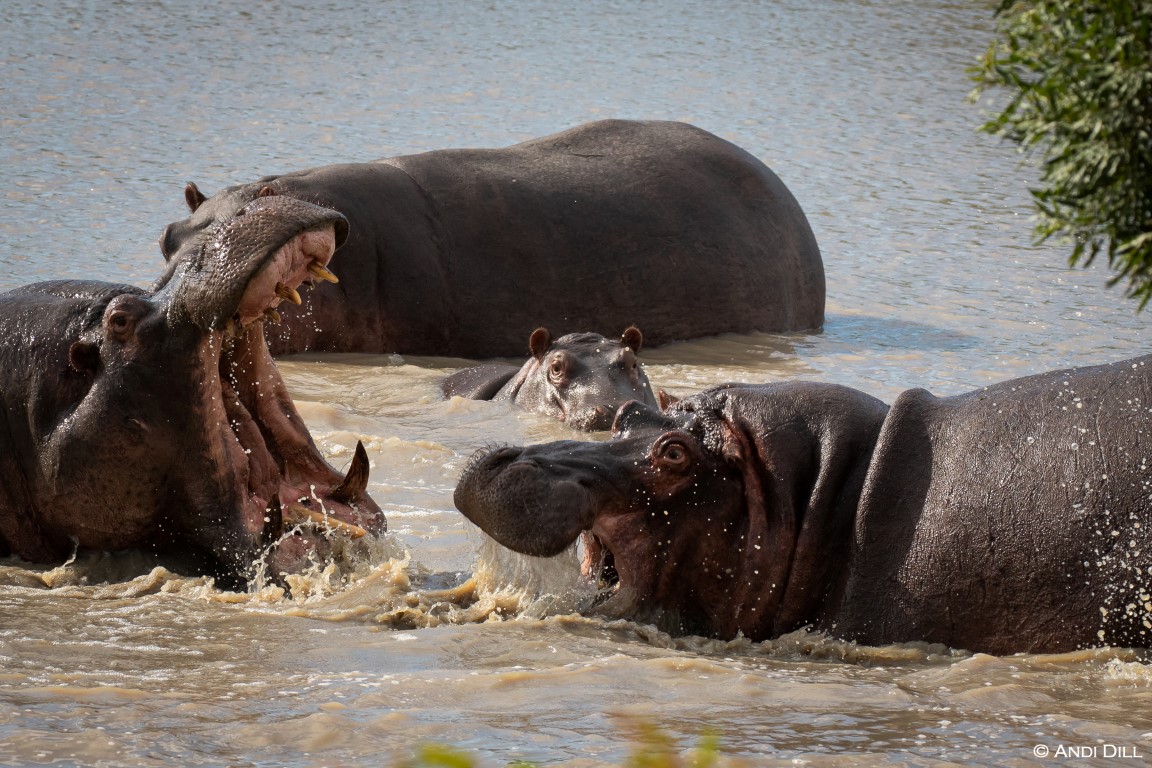 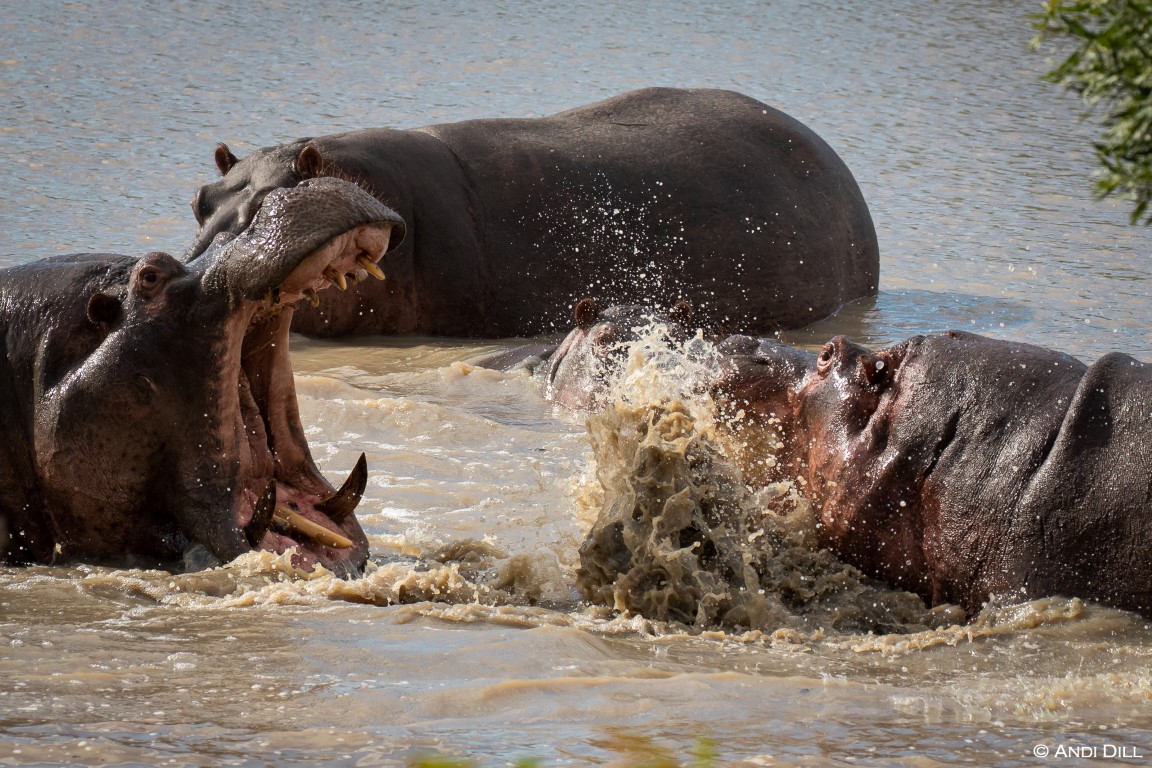 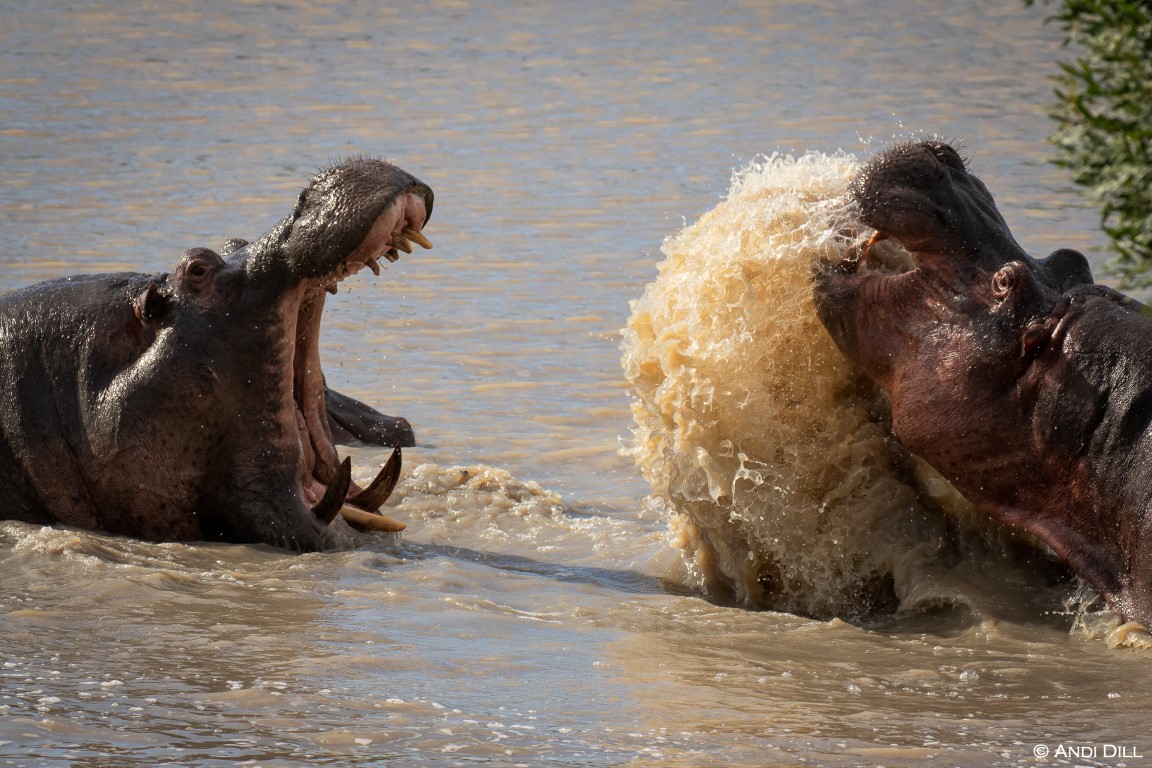