In March 2017 the fences were officially dropped between Thornybush Private Nature Reserve and the Timbavati Private Nature Reserve, creating one enormous park running all the way to the Kruger National Park. Before the fences were dropped, there was a limited number of elephants on Thornybush but by now there are at times 8 times as many. This shows that these animals often feel the need to roam freely, as evidenced by the way they now move back and forward between Timbavati and Thornybush. In fact, Elephants Alive, an organisation which monitors elephants, recorded an elephant from Thornybush travelling almost to the northernmost tip of Klaserie Nature Reserve before entering Kruger National Park close to Phalaborwa from where he proceeded as far as the Letaba region. This is an incredible distance for one animal to travel and it’s amazing to think that these animals can cover such distance.

When the fences dropped, a lot of the rangers in Thornybush were pleased to have new elephant bulls coming into the area, with big tuskers pushing all the way from Kruger into Thornybush. There is always a thrill surrounding bull elephants and where they have come from, so you can imagine the excitement after the fences were dropped – after all anything could be waiting around the corner. We were lucky enough to encounter one of these young bulls at our KK dam, a well-known bull in the area due to his floppy left ear. This condition, where a portion of the ear flops over and sometimes right itself but in many cases remains bent over, causes no apparent discomfort or harm to the elephant. This bull is not negatively impacted in its daily routine and generally a floppy ear is genetic, being passed down through the generations. As we drove through the inflow on the western side of the dam, with the sun slowly setting behind us, we were greeted by two young bulls and a small pod of hippos, kissed by the last rays of the sun, something many photographers refer to as the “Golden Hour”. We followed this one particular young bull along the water’s edge until we reached an open spot on the bank where he wanted to drink. We positioned ourselves well with the light in our favour as we admired this gentle giant at the water’s edge, seemingly disinterested in the world – while we were fully fixated on him!

The young bull did not seem too interested in drinking but instead would almost throw the water into his mouth and then spit half out, as if to say, “this water is no good”. He turned to face us, with the murky water seeping from his mouth and slowly made his way towards the vehicle. He obviously thought it was time to put on a show for all of us on the vehicle… and he did not disappoint. With water still dripping out of his mouth, he emitted a trumpet that made one of our guests jump. This must have amused the bull as he gave a headshake as if to boast of his newfound confidence, possibly compensating for his floppy ear – he seemed to be enjoying himself and so were we! With that, we knew that it was time to move along and we proceeded towards the dam wall. However the bull elephant, now full of confidence, decided that he had not put on enough of a show for us and proceeded to follow the vehicle, which made the guests wary. As rangers we enjoy moments like this because we are interacting with these magnificent creatures. Then the elephant seemed to decide that, as soon as we were out of range and climbing the dam wall, he would give one more trumpet to sign off and show us that this was his dam. As we got on to the dam wall the sun was extremely low over the distant mountains and had turned the dam into a golden glimmer – with the elephant staring us down, the setting could not have been any better.

With that it is safe to say that these gentle giants are magnificent creatures, and with the fences dropped, it is great to have so many roaming around, making moments like these cherished and memorable for us and our guests here at KwaMbili. Elephants leave an everlasting effect on you and it reminds me of a quote by Bill Murray which states: “They say an elephant never forgets. What they don’t tell you is, you never forget an elephant”, and this young bull will stay fresh in my mind for an exceptionally long time. 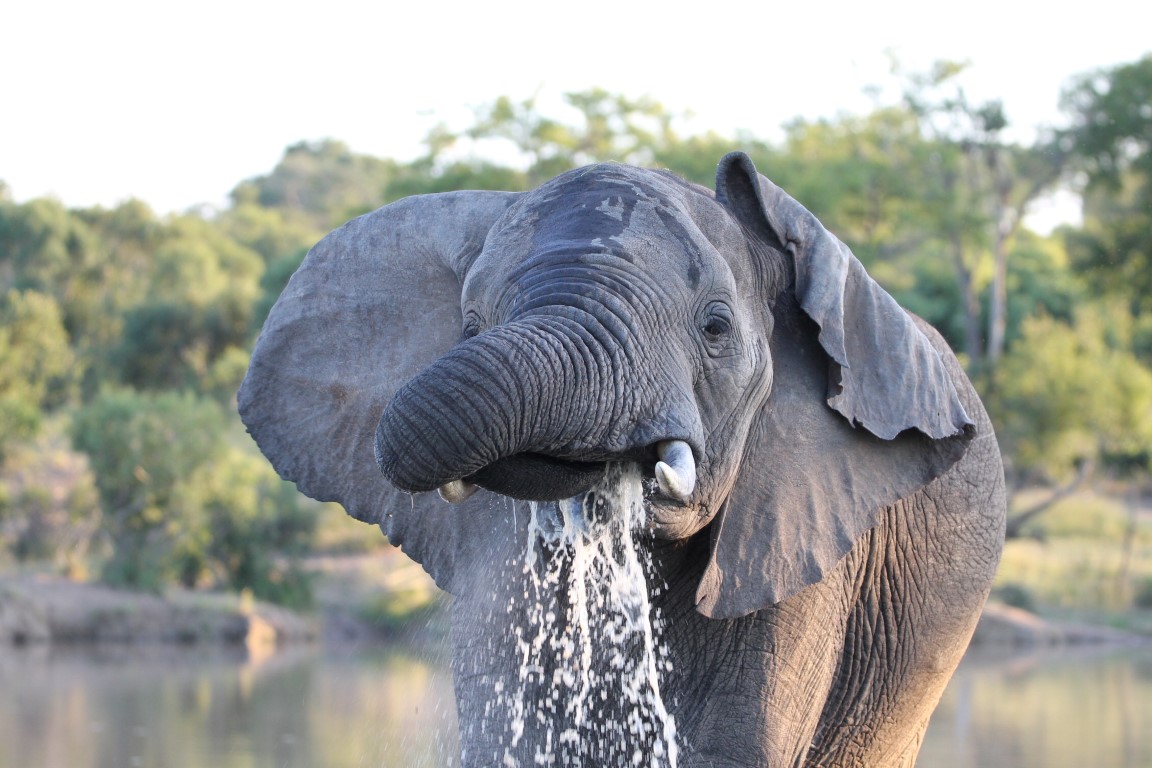 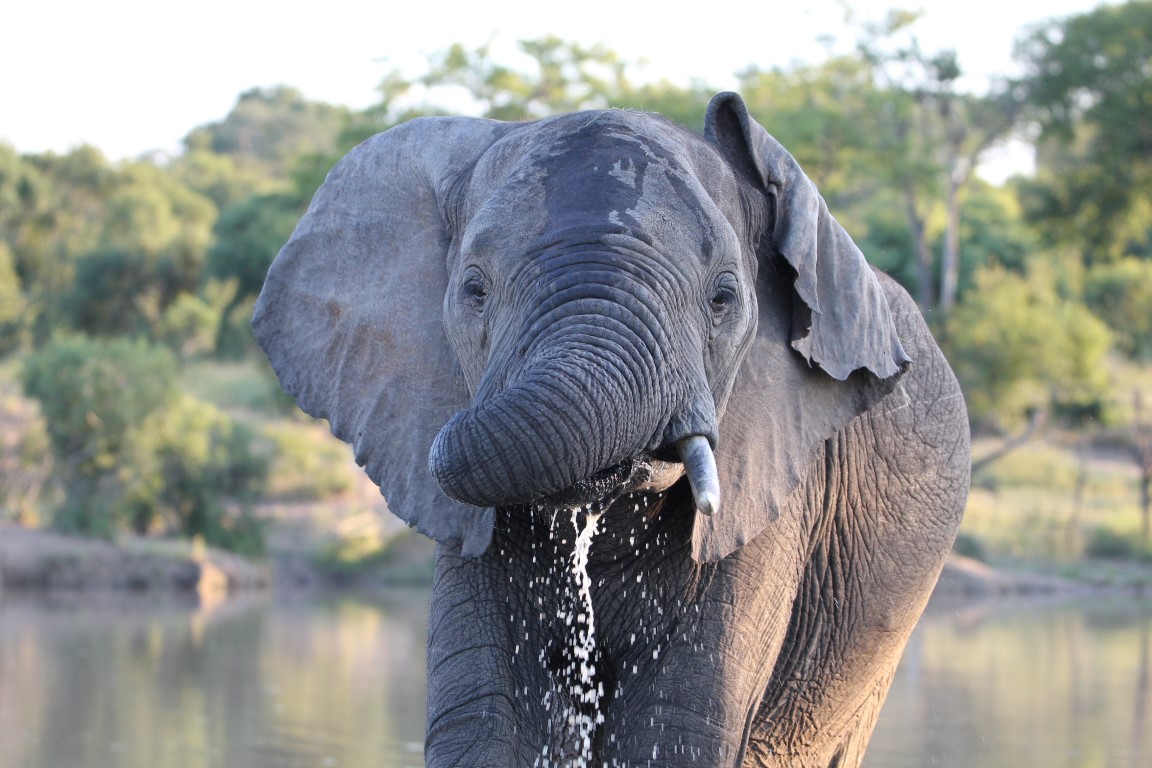 Report and images by ranger Matthew