Over the last few months we have discovered something very unique in the reserve, something that one doesn’t see all that often…. A white buffalo.

Whilst recently viewing a mega herd of buffalos (200+ individuals) we were alarmed to find an almost completely white buffalo calf amongst them. Standing out like a sore thumb this individual was just going about its business as any buffalo would, almost completely unaware of just how unique he is.

After viewing pictures and seeing him closely we realized that he is indeed a Leucistic buffalo. This rare condition is a result of defective pigment cells and is actually a recessive gene, also known as hypopigmentation. It is where animals lack partial pigmentation.

However, Leucism should not be confused with albinism. Albinism can be recognized by the complete absence of melanin (responsible for dark colouration) in the skin, often resulting in the animal having red eyes. Whereas in leucistic animals color is retained in the eye and melanin can still be observed in other areas such as the nose in this case.

In Native American folklore, the Lakota tribe believe that the birth of a sacred white buffalo (or bison in their case) is a sign of hope and an indication of good times to come. For many American Indians, the birth of a white buffalo calf is the most significant of prophetic signs. Although ours is a Cape Buffalo rather than a Bison and in Africa rather than America, could this be a sign of good times to come?

However, the good news for this specific individual is that, as he matures, the chances are that his coat will slowly darken to a honey blonde, and then a light brown, assisting him in not standing out so clearly to predators. Fortunately he also forms part of a huge herd which has taken up residence in our reserve thanks to the many water sources and very lush palatable grass species, and as long as he is within the herd, his chances of survival improve dramatically. It’s going to be very special to continue to document and observe him making it through to adulthood. After all, it’s not every day one see’s a white buffalo! 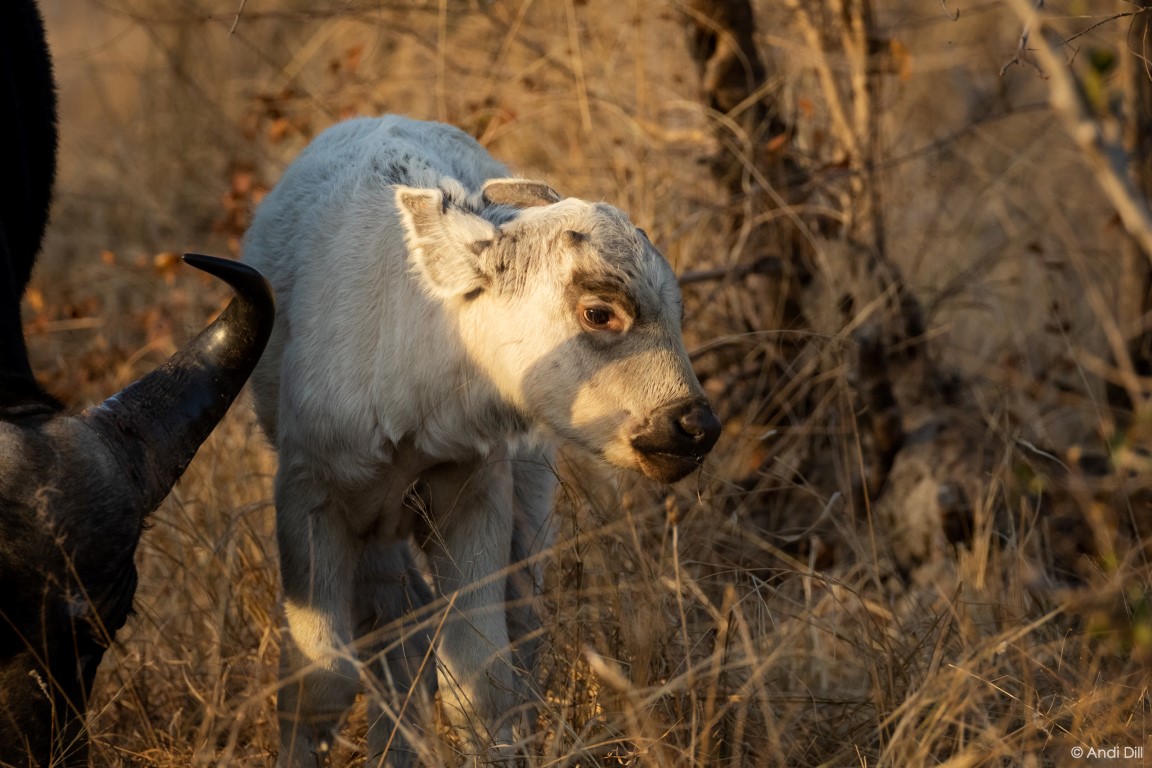 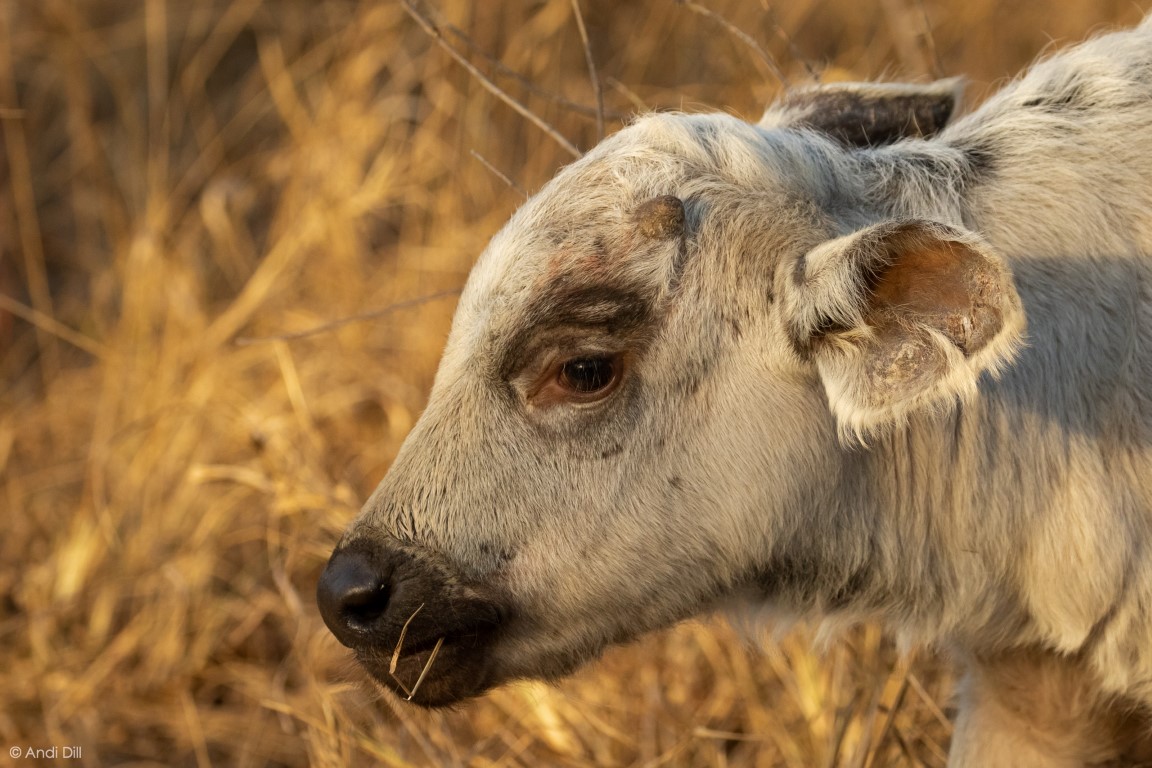 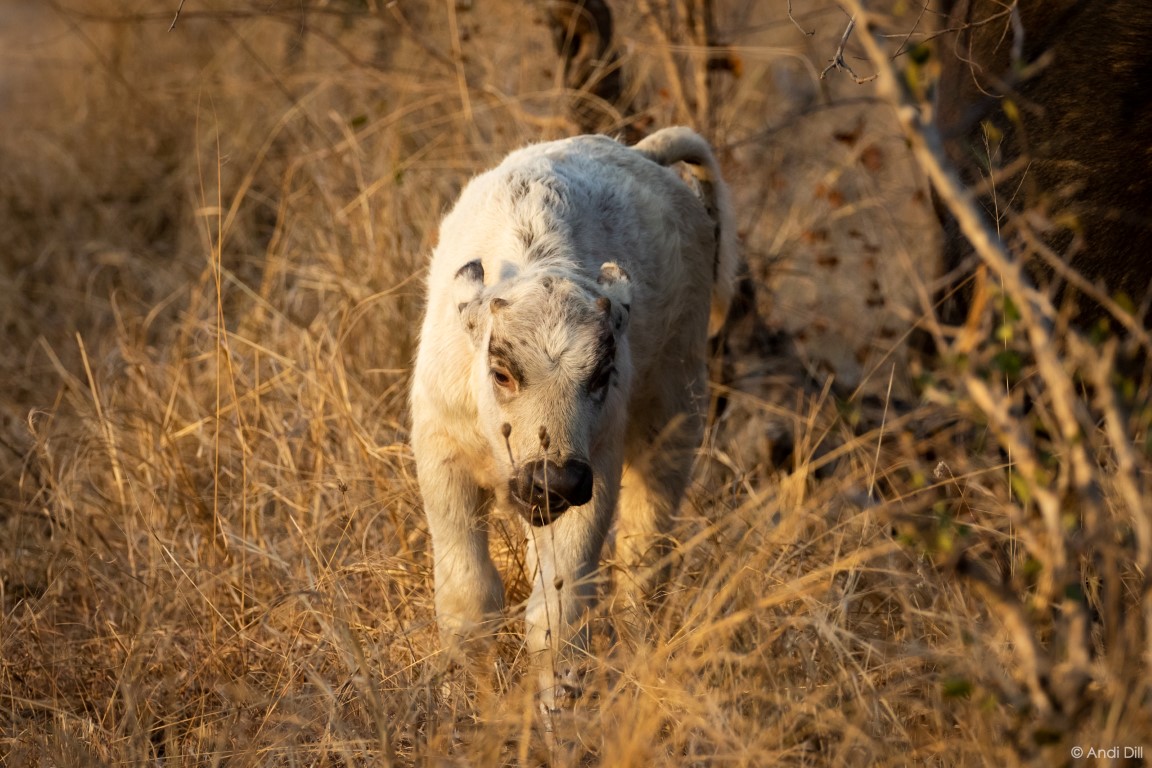 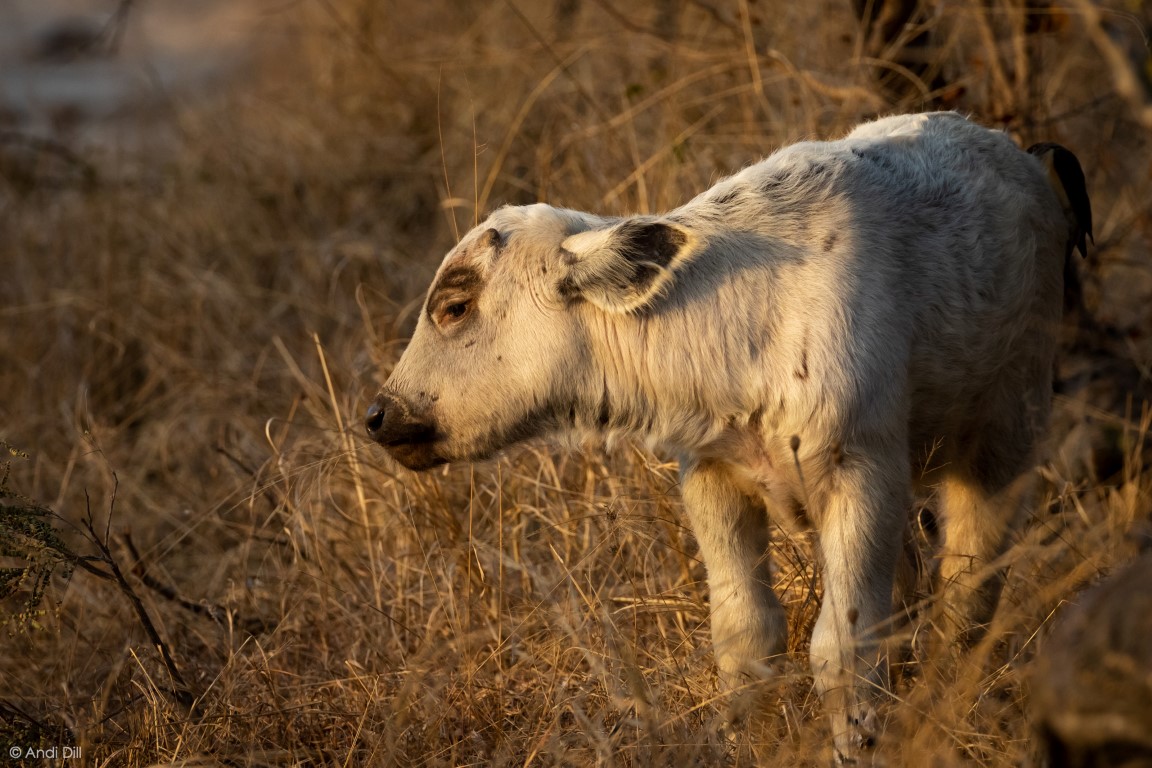