What is a spider without a web? And the golden orb weaver has the most impressive of all webs. Not only is it the biggest of all spider webs in the world, it is also the strongest. In fact, the Golden Orb’s web is so strong that it can even catch birds!

But it is not only other spiders that need to watch their step on the web. Male Golden Orb Spiders, which can be up to 50x smaller than the females, will hang out on the web waiting for their chance to mate with the beautiful female. A successful male must serenade the female, stepping on the right strands of web at the right time to create a vibration in the web which the female will interpret and then make her judgement. If it’s good enough, the female will allow him to get close enough to mate while she is feeding or otherwise occupied. If not, there’s a good chance her next meal will be him.

One thing that strikes you when you come across a Golden Orb Web in the wild (they can be found all over the world!) is the beautiful golden colour of the silk. This colour is from carotenoids in the spider’s diet. It is the same type of chemical that makes carrots and pumpkins orange. This beautiful, thick silk has led many people to try and create garments out of the silk. Unfortunately, the silk is not produced in quantities nearly enough for production of garments, and it is probably best for these creatures as they can be left alone in the wild instead of being added to the long list of animals sentenced to a life of slavery by humans. They may have failed to create a mass production golden orb silk facility, but some dedicated weavers in Madagascar managed to harvest enough silk to make this breath-taking shawl and cape. A real tribute to the beauty of nature and the dedication of humans!

Report and images by Stef 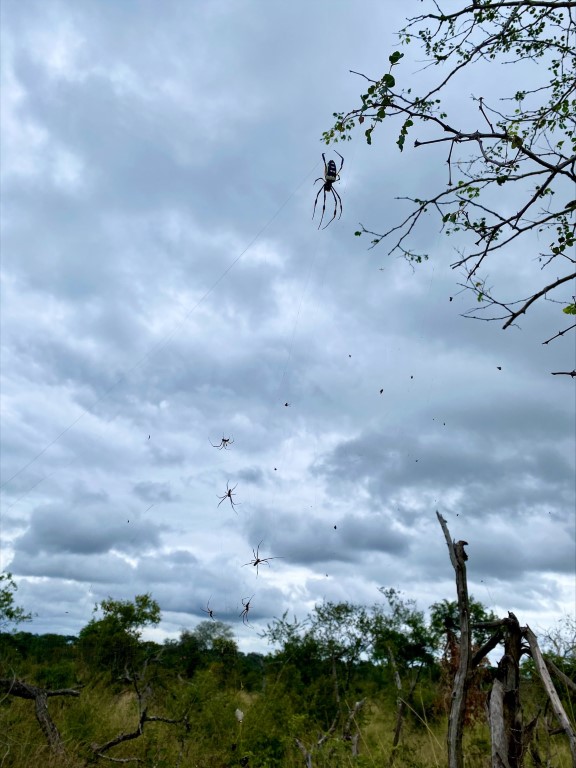 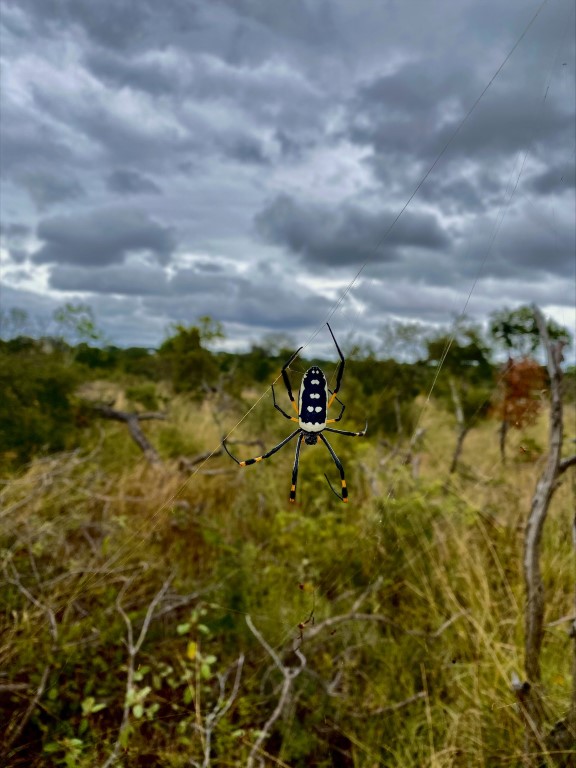