Along with the new Lion Cubs featured in the previous ranger report, we have had some new babies discovered a lot closer to home – right here in the lodge. But dangers lurk daily.

For a while now we have had a beautiful pair of African Paradise Flycatchers as residents in the lodge, these intra-African migrants with their long tails, rufous orange bodies and light blue heads are always a favourite amongst birders and nature enthusiasts alike. Whilst viewing these two almost daily we recently noticed that they were getting increasingly territorial which immediately signaled to us that there must be a nest nearby. With African Paradise Flycatchers being co-operative breeders, meaning they will build the nest and incubate the eggs together, we decided to do a thorough check of all the trees in the area and were elated when we found a small cup nest with two adorable little newly born chicks inside! For days on end the busy parents would collect food and come to feed these youngsters, giving everyone in camp the most amazing visuals. As the weeks passed the young ones had quickly developed into fledglings and left the nest to face the world. Not being able to really locate danger and with limited eyesight, this is the period where these small fledglings are at their most vulnerable.

On one of the afternoons last week, a guest heard incessant “shouting and screaming” from one of the adults. She came to call me, curious as to what was going on, and I immediately knew a threat must be nearby! I grabbed the camera and darted straight to where the noise was coming from and what followed was incredible…. A Barred Owlet had decided to use the lodge as a resting spot for the day, and the Flycatcher parents (with their fledglings around) were having none of it. They proceeded to bomb and shout at the Owlet, attack after attack then ensued and the Owlet finally decided to leave the area, accepting that this was not a good spot for an afternoon siesta. Viewing these Owls alone is special enough but to see the interaction was astounding, and really showed how everyday in the bush is different and that sometimes you don’t even need to leave camp to see some of the most amazing interactions. Pictured below is the Barred Owlet along with African Paradise Flycatchers and their offspring. 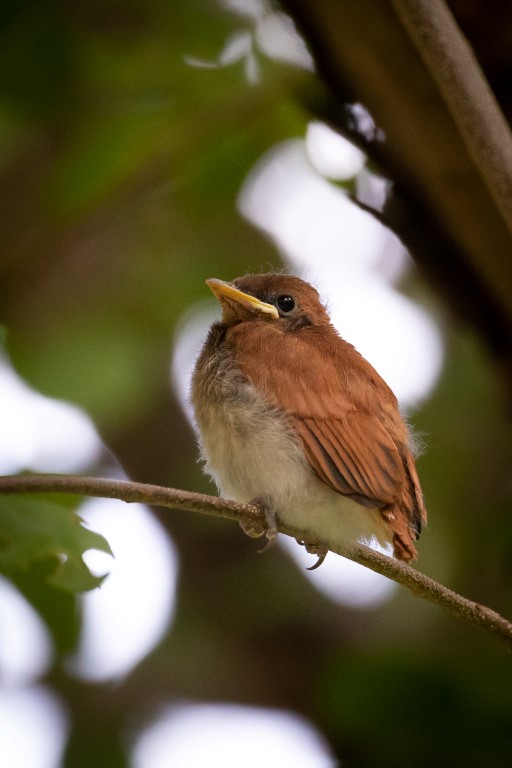 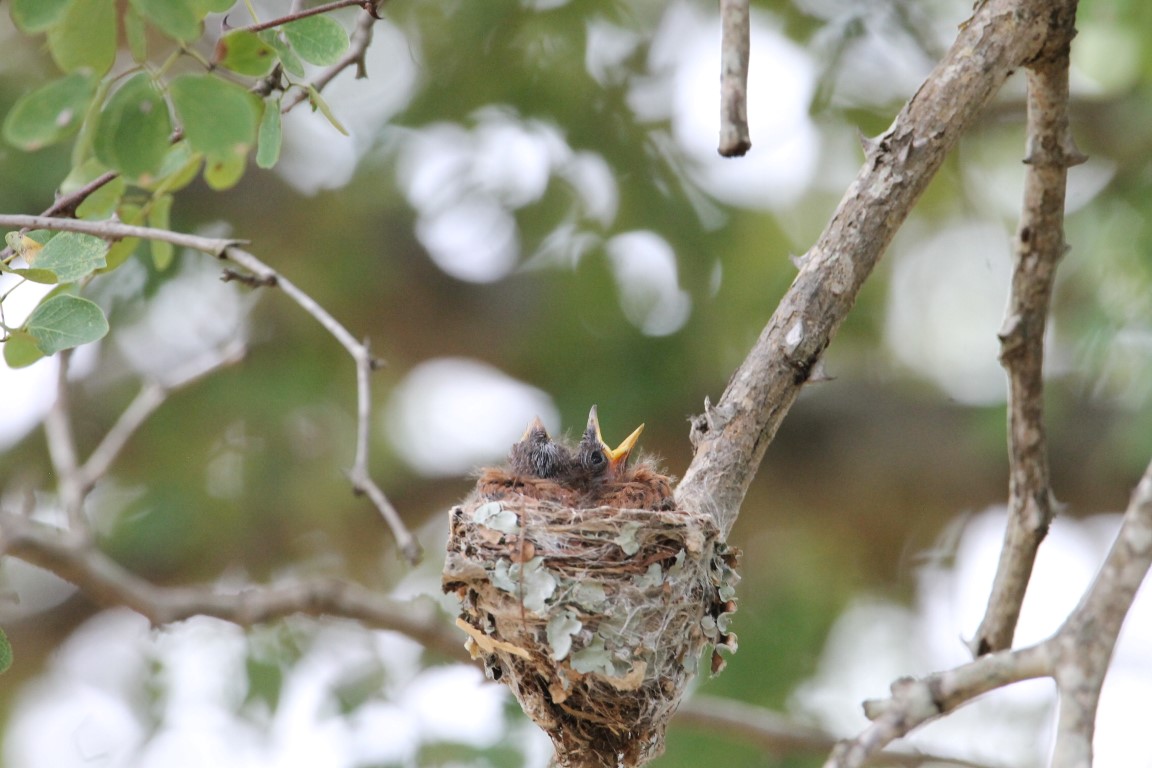 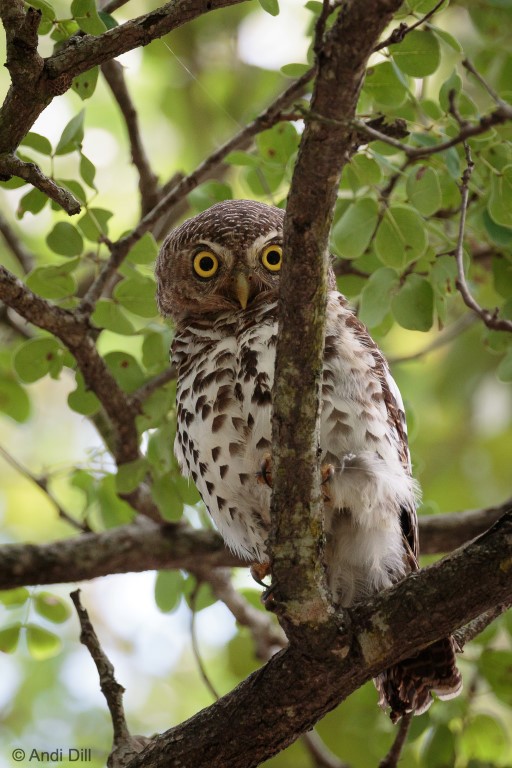 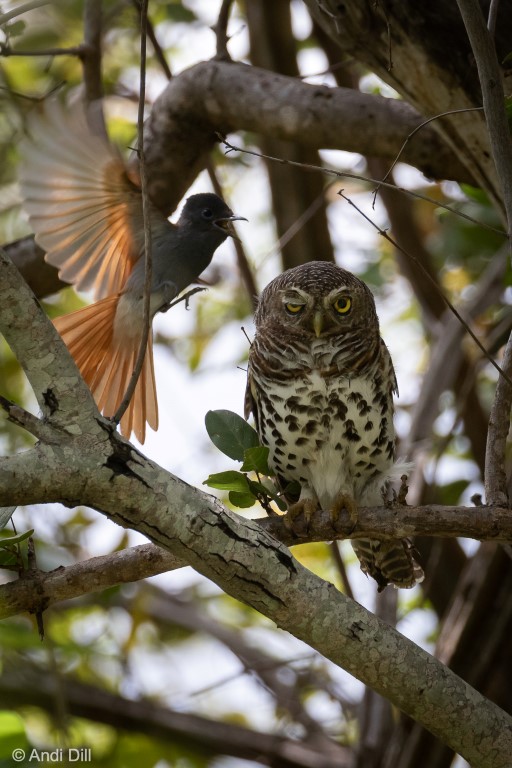