With summer in full swing, the rain has transformed the bush from its dull winter colours to lush green colours and we have seen the birth of many new young animals as there is enough nutrition in the bush to produce more nitrites for milk for the babies. The first babies to appear were the Impala. A breeding herd of Impalas consists of about 20 females and, as soon as the first female gives birth, all the other females drop their lambs too as this gives them a greater chance of survival against predators. With the Impalas’ long gestation period of about 7-8 months, the babies’ muscles are well-formed in the womb so within a half an hour of their birth they are able to stand up and after an hour are able to run alongside their mother (unlike predators which have a shorter gestation period of about 2-3 month and in most cases are not able to see or hear anything for the first week). Soon all the babies are found lying together with their mothers not too far away, what we call a “nursery”. The mothers keep feeding and communicate with the youngsters by grunting. For the first three weeks the youngsters drink only the milk the mothers produce, filled with colostrum which helps build up the immune system. They start eating leaves and grass at about three weeks, though they still drink milk – however the milk then goes to a separate part of the stomach. 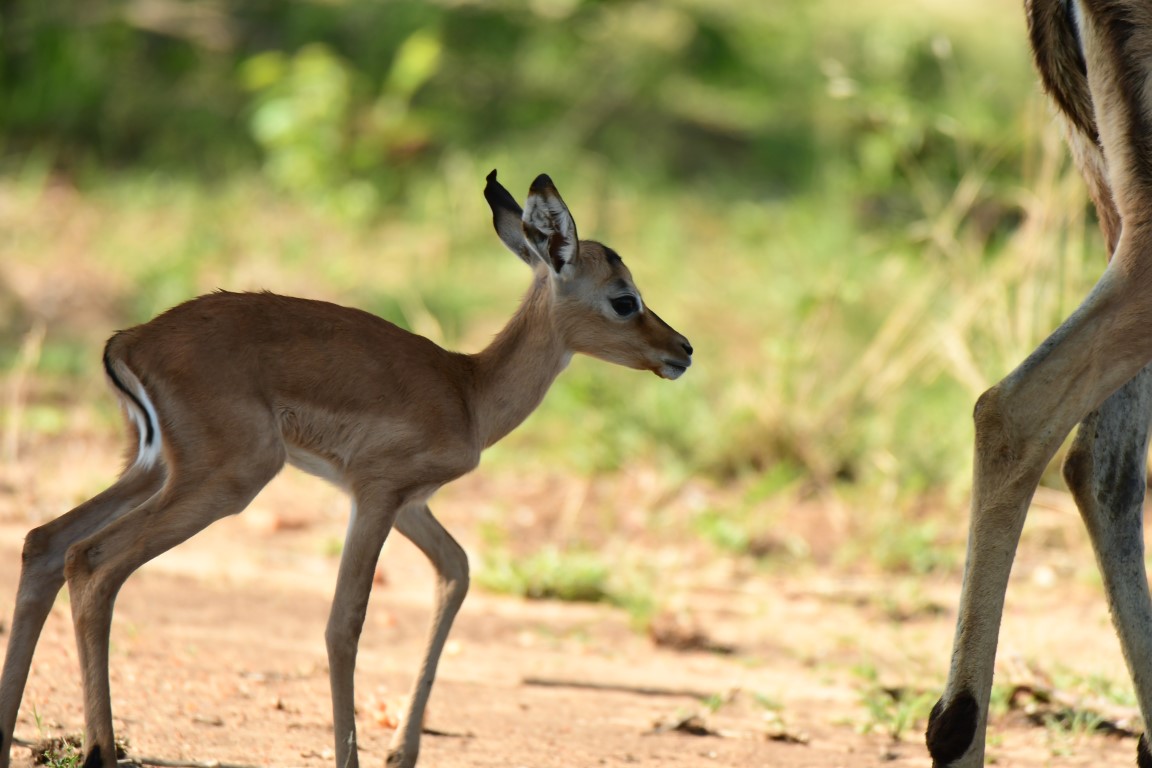