No day is ever the same in the bush – you never wake up knowing what the day has in store for you. For me, this is one of the many things I love about what I do. Each day brings its own wonders and excitement.

My guests and I were treated to an incredible sighting of the resident female leopard we call Saseka on an early morning drive around the northern section of the reserve.

We had received word the day before that an impala carcass had been seen stashed in the fork of an immature leadwood tree but there was no real sign of a leopard nearby. Being on drive the following morning I was eager to head into the area and follow up on the carcass in hopes that the leopard would grace us with its presence. Leaving the lodge later than usual I was pleased to hear that there were already vehicles at the site and that Saseka had been found lying near the leadwood tree where her impala carcass was stashed.

When we made our way into the sighting nothing much had changed but what we did notice was a lone hyena keeping an eye on her from a relatively safe distance. After about five minutes or so Saseka proceeded to groom herself with a few yawns here and there – often a sign that a leopard is about to get active – and so she did, making her way directly to the base of the leadwood tree.

Within minutes she had launched herself up to the carcass, grabbed the neck of the impala and proceeded to pull it downwards whilst she was literally hanging vertically. The carcass was wedged in the fork of the tree and it seemed no easy task bringing it back down.

Hearing and witnessing the commotion of Saseka and her hard-earned meal, the hyena immediately made its way toward the base of the tree hoping to snatch the carcass on the descent. Interrupted, Saseka left the carcass and did a full turn to face the hyena, all whilst still clinging onto the trunk of the leadwood tree. She continued to snarl at the hyena, hoping to intimidate it and potentially scare it off. This tactic did not work as the hyena was completely unphased and showed no signs of moving off.

Eventually, rather frustrated and looking seemingly annoyed, Saseka proceeded to descend and leap off the trunk of the leadwood tree completely unscathed. Both parties involved had a quick glance at one another, almost as if they were having a stare down, and then both proceeded to head off in a different direction.

Although neither the hyena nor Saseka was successful in what that they were each trying to achieve, just being able to witness the interaction between these two iconic species was truly breathtaking to say the least.

Report and images by ranger Kaden 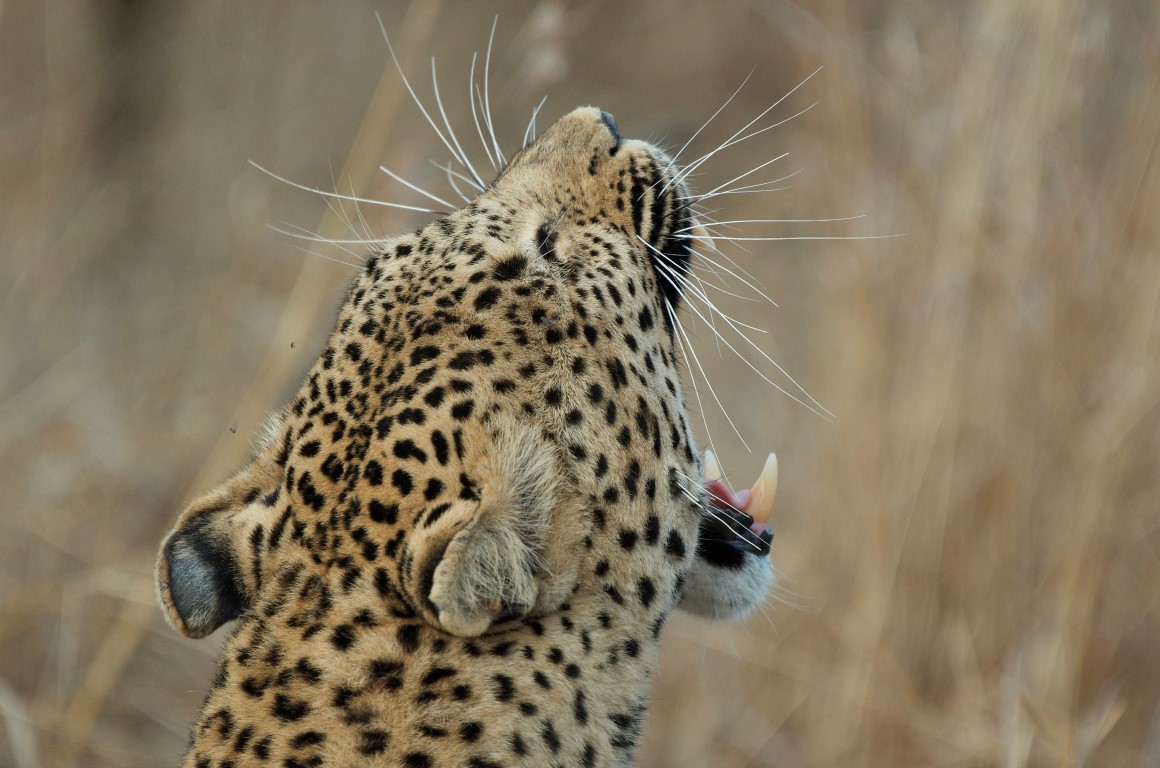 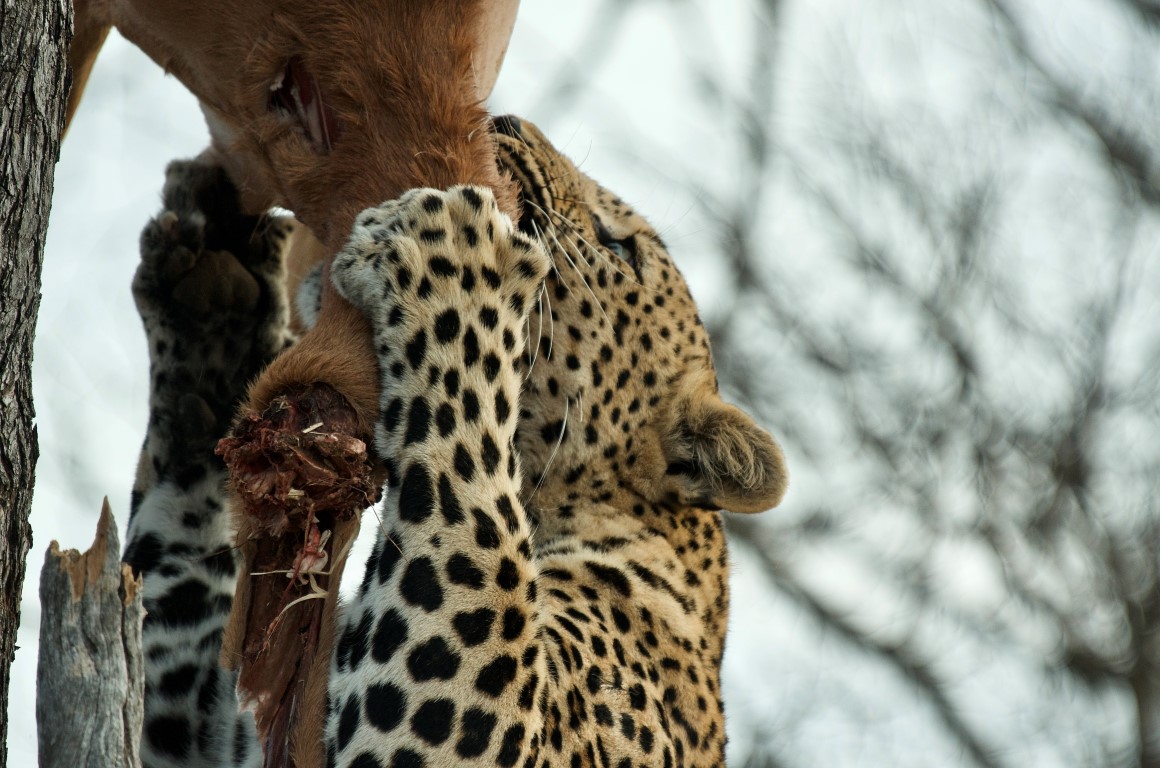 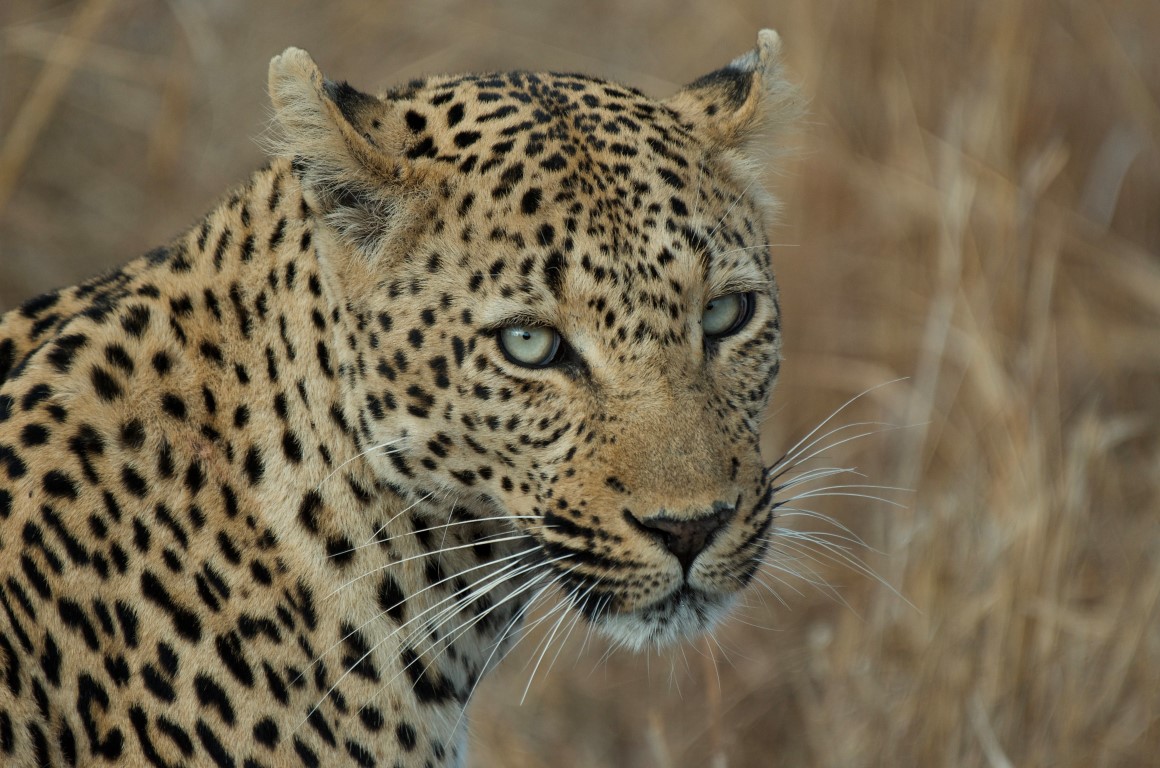