The puff adder is a very well-known snake throughout Africa, known for its deadliness and the high incidence of bites on humans. This is not because of its aggression, quite the opposite in fact – it is due to its laziness. The great majority of snakes, when disturbed by humans, move away as they are aware there is no chance of consuming us and they choose to save their venom for a possible meal. The puff adder however is a slow-moving snake and does not move away when disturbed, so the majority of bites result from people on foot not noticing the snake and stepping near or on it, which causes an aggressive response from the snake. And these snakes are known for their incredible striking speed. Some puff adders are known to get up to a metre in length but this is not so common. The majority of bites on humans occur around the ankles but the effects can cause death if left untreated. That’s why when you’re walking in the bush it’s important to watch your step – what looks like a branch could turn out to be something completely different! 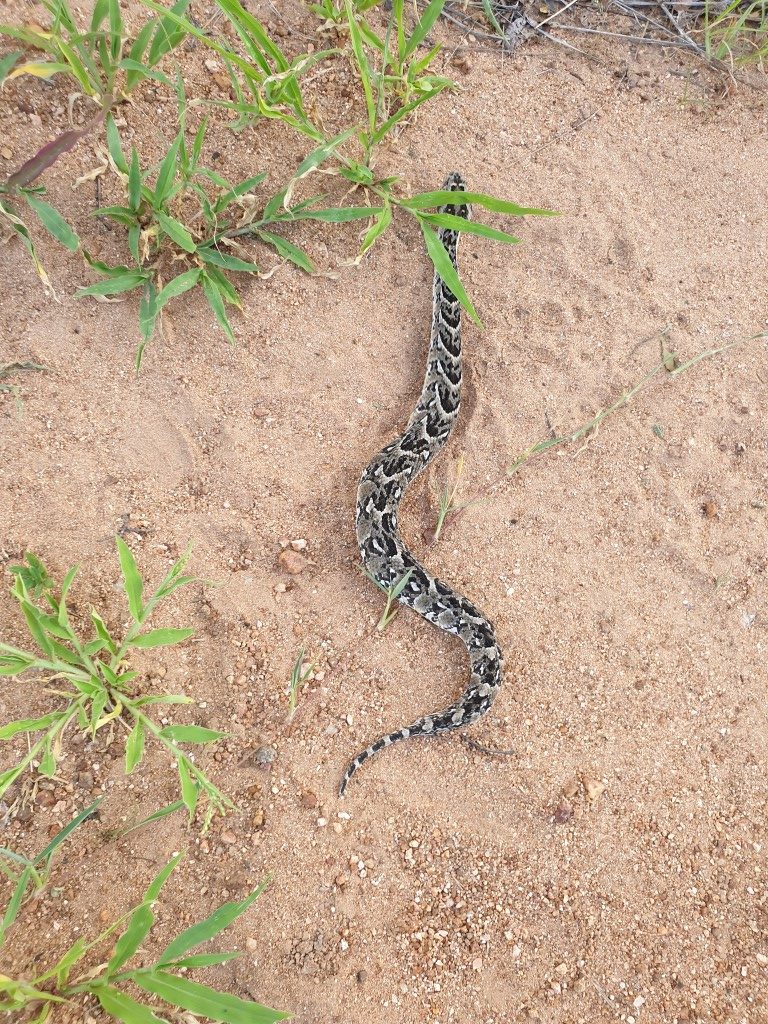