One morning we set out on game drive, eager to see what was waiting for us, in the mist. The mist gave off an eerie feel as the first rays of sun kissed the horizon. The guests were eager for the adventure that lay ahead. The morning was quiet and still, not even the chirp of a bird could be heard. We drove past dams where the mist was slowing rising from the waters, touched by the now quickly rising sun. We decided to take a road on the northern side of the dam, to follow up on the lion cubs that had been seen the day before. As we rounded a magic guarrie bush thicket, I could not believe my eyes.

There lay one of our male lions, Mapoza, in all his glory, feeding on a big hippo bull. This was something new for me and for my guests, which made this an even more special and rare sighting. The vultures were scattered around everywhere, fixated on their future meal. The setting of the scene was incredible, the only sound being Mapoza crunching the bones of the hippo and the odd flap of a vulture’s wings, adjusting its position in a nearby tree.

Later on the two Skukutsu brothers joined Mapoza. This was an epic sighting in itself because these three male lions rule Thornybush and they were all in the same place at the same time, which doesn’t happen as often as we guides would like. After a while we decided to leave the carcass and the lions and go back to camp. When we returned that same afternoon the setting was completely different. Almost 150 vultures were now taking advantage of their long-awaited meal, accompanied by spotted hyenas. It was extremely special to see the different stages – which animals feed on a kill and how the dynamic shifts completely in animal behaviour when the lions are not around.

A truly magical day for me and my guests and a not so magical one for our once dominant hippo. 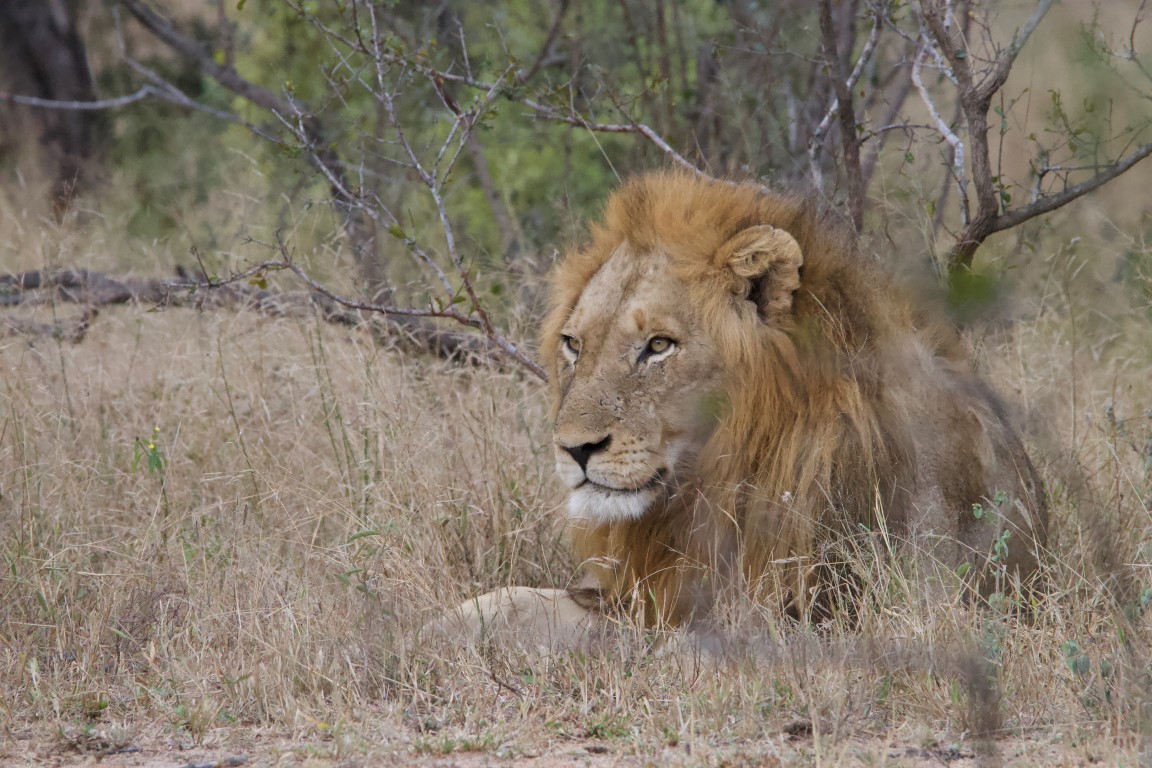 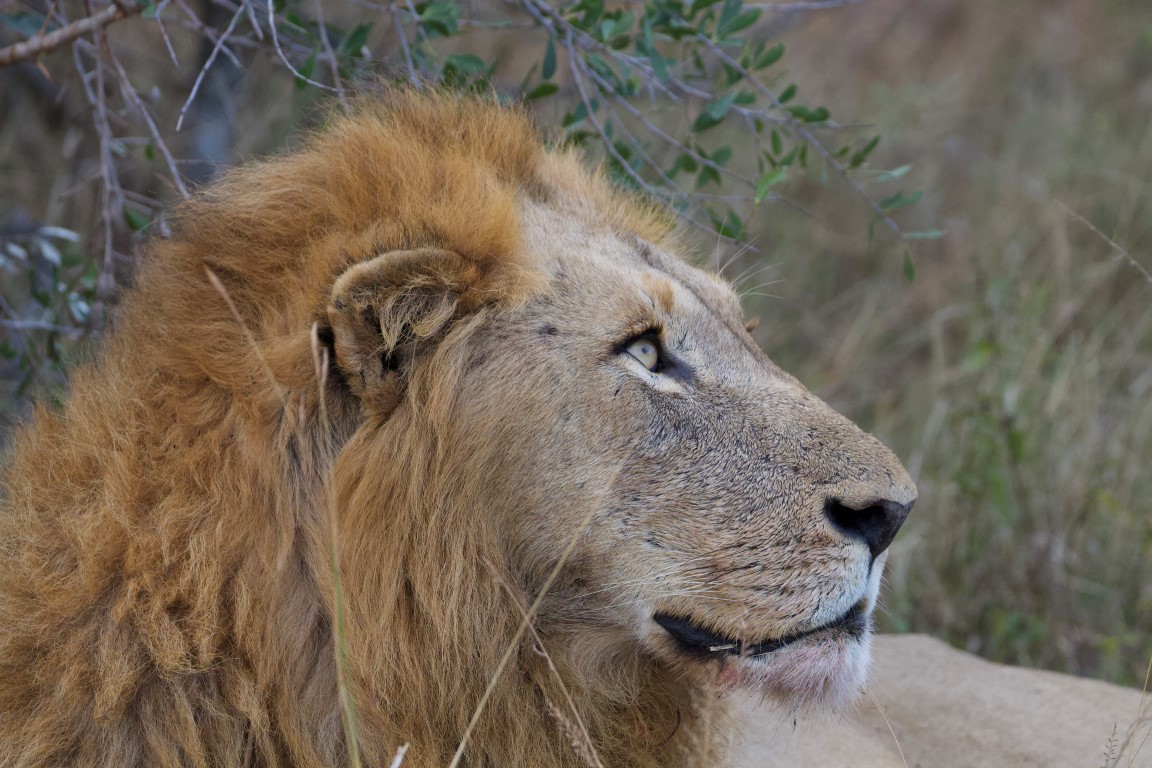 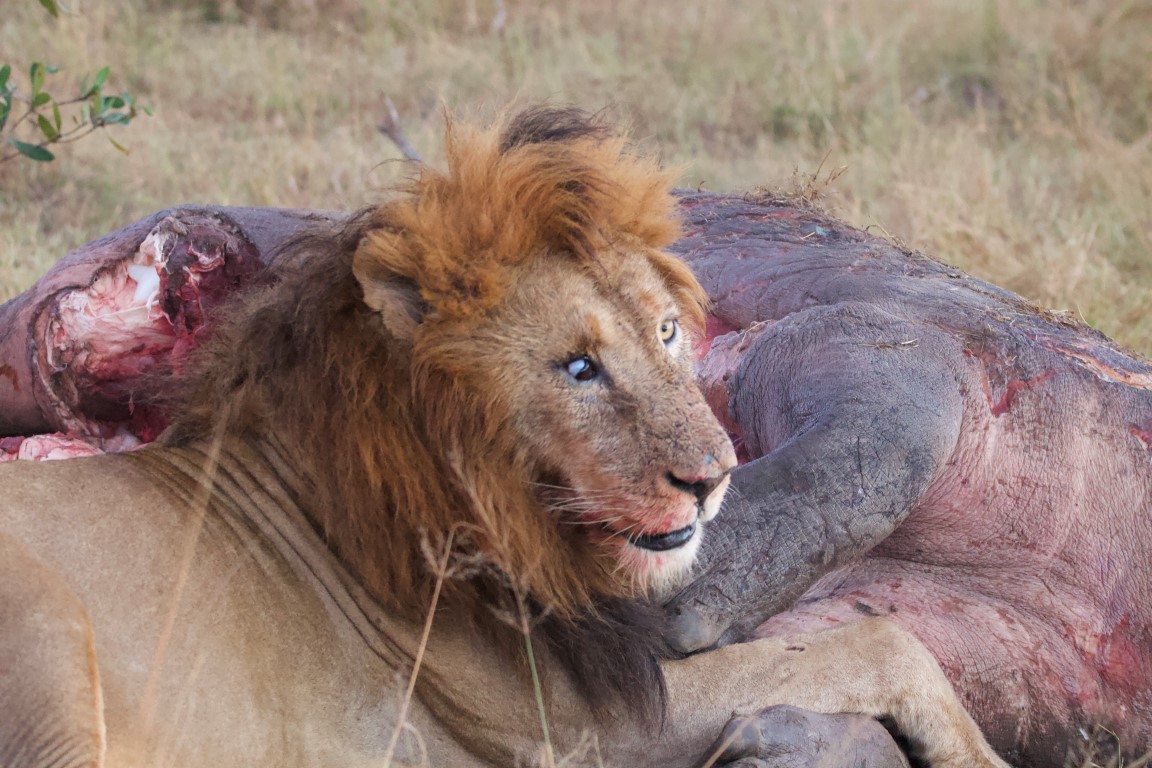 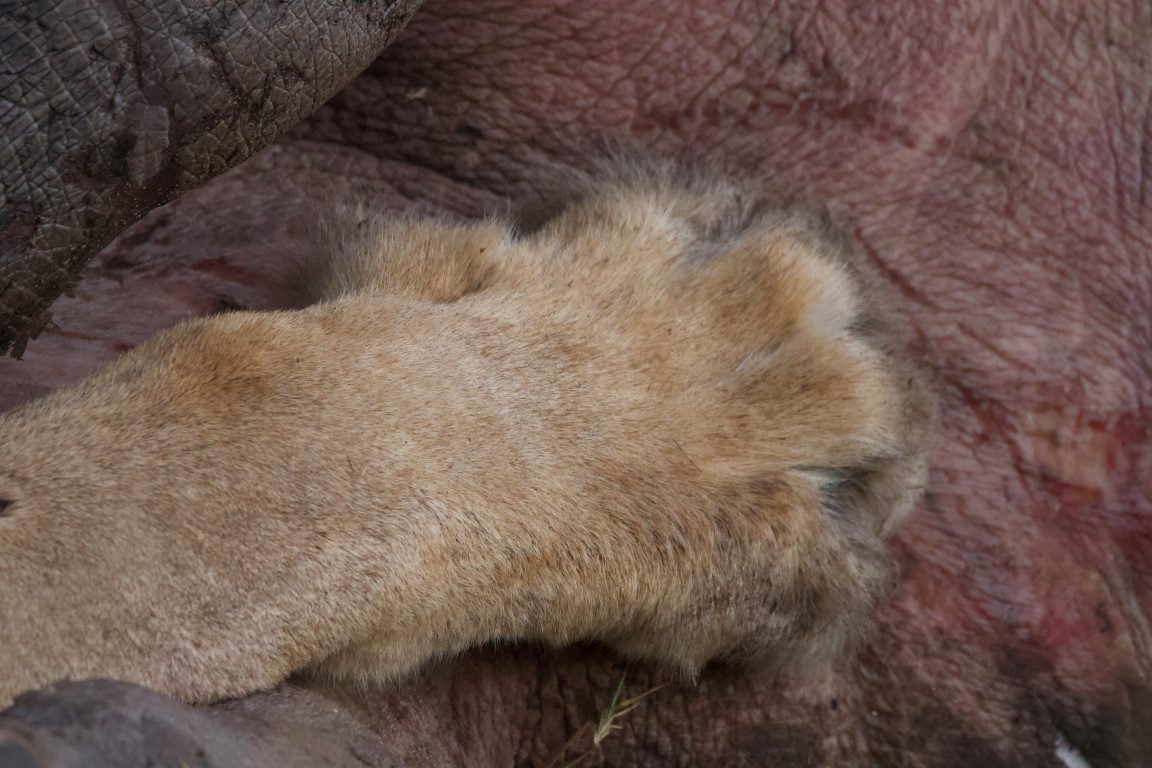 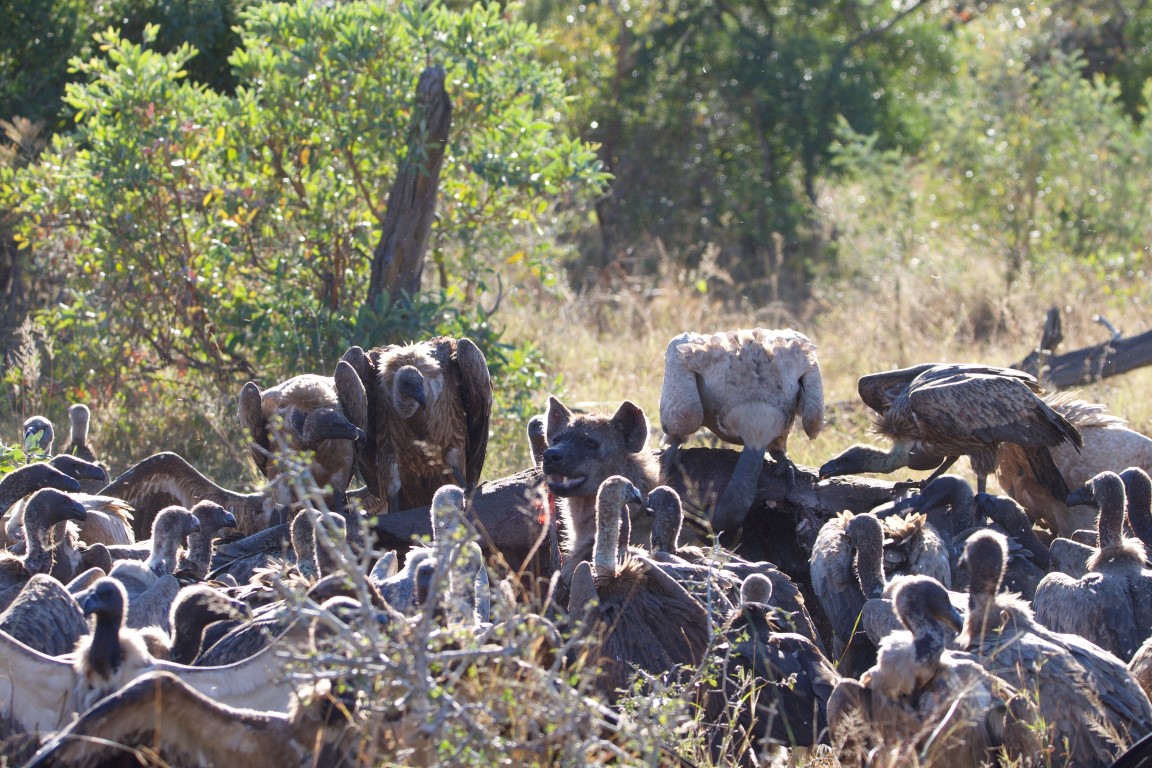